Life in Samoa might be a struggle for many people but for Ah Fook Ah Fook of Samusu-tai, this is still paradise.

The Village Voice caught up with Mr. Ah-Fook at Tafaigata yesterday, where he works.

Mr. Ah-Fook said the only problem in Samoa is the expensive cost of living but he said things are generally expensive all over the world now.

“It’s really not enough for the things I want to buy and also to support my family throughout the week but it’s the best I can do.”

Mr. Ah-Fook said he is lucky to be staying at his work place otherwise he would have to fork out more money for transport costs.

“I only get to go back to my family during the weekends,” he said.

“Coming from my village to town costs me $10 a return trip so it’s a relief that I am able to stay here and save.”

Mr. Ah-Fook added that although money is always an issue, his family is coping.

“Well in my family, there are three of us currently working and that’s where the income for my family comes from,” he said.

“Apart from that, my family also relies on our plantation within our village which my younger siblings are working on after school every day.”

Mr. Ah-Fook agrees that something needs to be done about the cost of living.

“I have seen so many families living across the main road selling stuff there either food or things they have made on their own to get money,” he said.

“People are resorting to these different measures because that’s all they can do.”

Would he ever consider leaving Samoa?

Mr. Ah Fook said not for a while.

“This is home for me,” he said. “It is still my little slice of paradise.” 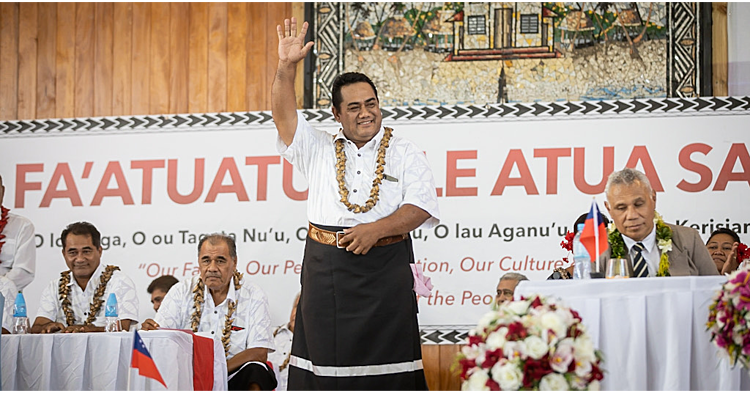