This image taken from video shows Rachel Hollis, left, author of 'Girl, Wash Your Face: Stop Believing the Lies About Who You Are so You Can Become Who You Were Meant to Be,' and her husband Dave Hollis, during an interview on Aug. 28, 2018 in New York. ( (Photo: Samoa Observer)
AP
By Associated Press, 16/09/2018

There's no shortage of books, podcasts, blogs and social streams of people dispensing advice, motivation, home tips and the idea that personal growth, happiness and health can be achieved if one just follows and believes.

So what's a life guru to do?

Well, write a book that lands at the top of just about every best-seller list, for starters. Love her or trash her, Rachel Hollis has done just that with "Girl, Wash Your Face," a collection of lies she once told herself and how she turned them around.

Hollis, 35, is the little engine that could as she reaches for more every day of her life, mostly from the rural spread on the outskirts of Austin, Texas, that she shares with her newly minted business partner and husband of 14 years, Dave Hollis, their four kids and a mini schnauzer named Jeffrey.

The Hollises do more than sit home in Austin. They run, a lot. They blast out livestreams. A lot. They record podcasts in their closet and organize life-affirming conferences for mostly female audiences who cheer and scribble their dreams on paper as Rachel waves her arms and jumps around on a stage, urging them on.

The Hollises drink water, a lot (half their body weight in ounces a day) and want you to do the same, perhaps while you're following Rachel's lead on prepping healthy meals and snacks for yourself and your kids, training for a half-marathon and simultaneously writing a new book and promoting the last one at the same time.

These two are Made for More, one of their slogans, and they're just about the cutest duo working in the space today, whether you can make it happen for yourself or not.

Rachel's "Girl, Wash Your Face," from the Christian imprint Thomas Nelson, was released in February. It just passed the million-sold mark after a slow start, climbing its way up the lists through word of mouth. She doesn't hold back, describing the suicide of her brother when they were teens, her tense childhood as the daughter of a Pentecostal preacher in the sticks of Southern California (yes, there are sticks) and the sometimes debilitating anxiety that has plagued her through the years.

She hops on Instagram to greet her "tribe" before coffee, jokes about her hair and eyelash extensions and deals with her young brood while engaging fans, chiding one of her three boys to stop peeing in the yard, for instance, or laughing as her kitchen knife gets stuck in a squash on camera.

Where did Hollis come from? Well, Weedpatch, California, of "The Grapes of Wrath" fame, in the beginning, with a move to Los Angeles to make her dreams come true at age 17. Hollis, 43-year-old Dave and their kids decamped to Austin last year to get more bang for their business buck, buying an old church they're converting into office space.

So how does one go from food blogger to event planner to running a lifestyles site to best-selling writer?

"What sets this book apart is — this sounds so lame to say — is my voice. I'm not an expert. I'm not a guru. Anything I've ever done, the work I've done, has always been like your girlfriend telling you what worked for her," Hollis said. "Even as a food blogger, which is how I got started, I was just telling what worked for me. 'Hey, this is the casserole I made that got my kids to eat dinner the other night.'"

Over the years, her content changed as she "evolved as a woman," as her boys — now 11, 10 and 6 — grew out of toddlerhood (the couple also has an adopted 18-month-old daughter) and as she realized she needed to fix the things wrong in her life.

"I was having massive anxiety attacks. I was abusing alcohol. I was making really poor choices, and I thought, gosh, I don't want to go through the rest of my life like this," she said. "I want to get control, so I started to do therapy and I started to read books and I started to listen to podcasts. I was like a sponge for this information."

Rachel is not Gwyneth. While an admirer of all things Pinterest perfect, she is not interested in putting a Goop gloss on who she is and what she says. She slams back her coffee like a boss (dosing it with cinnamon after she gave up milk and sugar), admits to yelling at her kids (not so much anymore) and thoroughly appreciates the taco joint near their Texas home.

So where does Dave fit into all of this? Well, he's got a tattoo that reads "Ally," to go with the one his wife already had, "Mogul." He was head of distribution for Disney, where Dreams are officially Made, for seven years and worked there for 17, until he recognized he was in a corporate rut while Rachel was home reaching for more.

"I finally one day said, 'Fine, I don't trust it. I think that there's some snake oil in this personal development space but it's worked for you. I have to at least see what it's about,'" he said.

Rachel's lifestyle blog, The Chic Site, is where she truly began building a following. Her "Girl, Wash Your Face" is her seventh book, if you count a novella of long ago. She has crossed genres, from a novel about three young women making their way in Los Angeles, with two follow ups, to a cookbook and soon, "Girl, Stop Apologizing," out in March.

As podcasts have taken hold again, the Hollises have scored there, too. Rachel started alone with "Rise," but as the two have become a self-help power couple, they've added "Rise Together" to focus on marriage. Both podcasts have made it into the Top 10 on iTunes. They've also made a feature-length documentary, "Made for More," about last year's "Rise" conference. The film was a Fathom event shown for two nights in theaters earlier this year that sold 100,000-plus tickets around the country.

This new life, Dave said, "feels like a calling," and if that sounds like God talk, it is. These are people of faith who are unashamed but not terribly Bible-thumpy as they dispense the self-help that has worked for them, both as individuals and as a couple.

"I refuse to live as half of myself just because you can't handle all of me," Rachel said. "I have a high school diploma. When I started out I was not well-connected. I didn't know anybody. I didn't have the skill. I didn't have anything. I'm self-taught in every respect. That's why the word, to me, was so powerful." 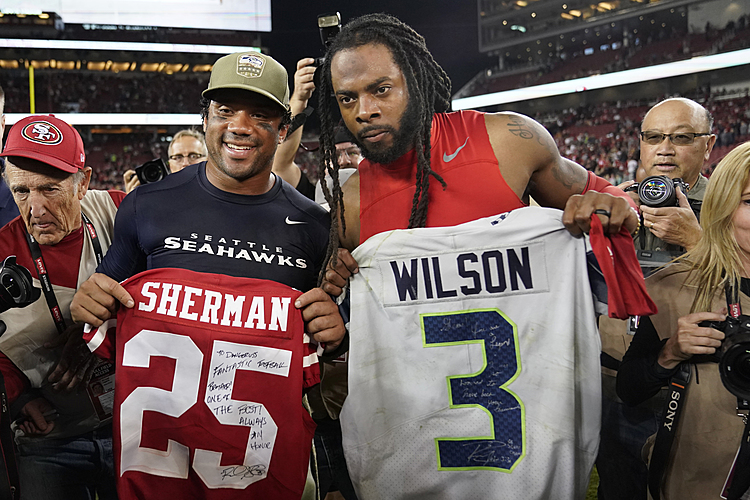 NFL players are banned from exchanging jerseys after games

NFL players are banned from exchanging jerseys after games 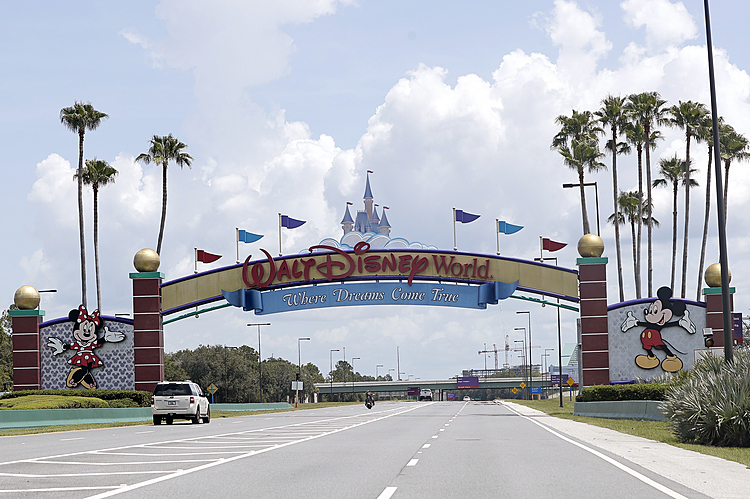