Super 9’s tournament in the works

PR - Samoa Rugby Union had its first SUPER 9’s tourna-ment workshop with presidents and representatives from its Respective Sub-Unions last Thursday, 1st of December. SUPER 9, is the new tournament that will replace the National Provincial Cup (NPC) tournament held in previous years and it is expected to kick start next year in late March. The tournament will merge smaller unions from districts within the same region to form a Franchise which they will be competing under.

Each Franchise will select a 26 man squad from players within its zone. The unselected players on the other hand, instead of being excluded from the tournament all together, they are still available for selection with other Franchises that they have ties with, for instance, a player originally from the Falealili & Siumu Fran-chise who is currently playing for the Apia Franchise, once excluded from the Apia Franchise 26 man squad, he is still available for selection for the Falealili & Siumu Franchise.

According to Samoa Rugby Union CEO, Faleomavaega Vincent Fepulea’i, the linchpin for this new change is not only to see competitive rugby from weaker unions that’ll be merged together under one Franchise, it will also help further develop and lift the standard of our local players close to international level. On this note, SUPER 9 will vet the elite players from the social ones and ensure that the best players on island are playing for a longer period of time consistently at a higher standard. It will create a product that ensures growth and commercially viable for Sponsorship and public support and will make rugby great again. The majority of the players selected into the National Team are overseas players and SRU envisions breaching that gap by our local players through this tournament.

The tournament also purports to promote the practice of accountability and transparency from franchises to the sponsors, by adhering to current professional practices and requirements set by SRU with zero tolerance of non-compliance. SRU will be working together with all the franchises to ensure all the 9 teams are finan-cially viable and assist with sponsorship proposals of the tournament concepts, schedules and commercial opportunities they can reap from each franchise. The competition also envisages up-skilling of coaches and local team administrators to international level.

SRU and its stakeholders will converge with the rest of sub-unions early next week before final discussion and deliberation on collective issues for the tournament on Thursday 8th of December. 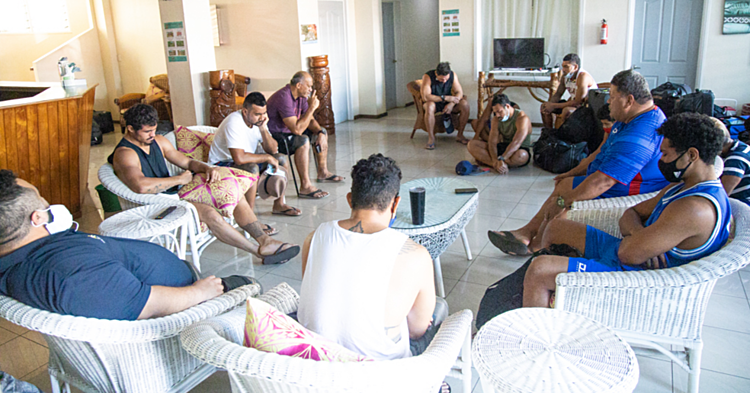