The news tore across Twitter: A beloved Baltimore rapper was gunned down in broad daylight, moments after promoting peace on the streets at a charity fundraiser.

Hundreds of inner-city youths — the people most exposed to Baltimore's pernicious gun violence — have mourned Tyriece "Lor Scoota" Watson as one of their heroes since his untimely death on Saturday.

Scoota was a local radio star poised for bigger things. The original mix of his biggest hit, "Bird Flu," boasts of drug dealing, hooking desperate addicts on his brands of "scramble, coke and smack."

And yet, at 23, he was becoming an unlikely activist for peace in the streets, recording public service announcements and reading to schoolchildren about the Rev. Martin Luther King, Jr.

"How am I supposed to live with all this death in my sight?" he rapped in another hit, "Ready or Not."

Scoota was shot in what police called a "targeted attack" Saturday evening by a still-unidentified triggerman who fired directly into his car. A special police number for text messages has received hundreds of tips, but investigators didn't announce any suspects as of Wednesday.

"He was just scratching the surface of whoever he was going to end up being," said Aaron Maybin, who does youth outreach with The Stokey Project, which sponsored the charity basketball game Watson played in just before he died.

"Where would Malcolm X be if he was killed at 23? Our leaders were born one thing and evolved into something else," Maybin said.

Police spokesman T.J. Smith aimed his comments at anyone seeking to avenge the rapper's death.

"If you're looking at this from a retribution standpoint, it's a waste of time; we'll be back up here talking about you and your friends," he warned.

"This revolving-door death is despicable," Smith added. "We're tired of it and we just hope that this has affected enough people so that they'll say, 'Enough is enough.'"

Watson's murder does stand out, even in a city so used to bloodshed.

Scoota's music earned him respect as someone who could represent the African-American community to a much wider audience.

Young black kids don't have many other ways to process their pain, Maybin said.

His friends and family, backed by police and community leaders, held a news conference Wednesday before a statue of singer Billie Holiday, who survived her own youth in Baltimore.

"He was not just a reporter of what happens here in Baltimore. Lor Scoota was a mirror, and what he did was use his platform to take the message of Baltimore all over the world," said Derrick Chase, a community leader who knew Watson personally.

"When they murdered you and killed you, did they look into your eyes and see the millions of children's dreams that he crushed?" she asked.

Murders spiked last year after rioting prompted by the death in police custody of Freddie Gray, another young black man from West Baltimore. The city tallied 344 homicides by year's end, the most in decades. But killings have hardly abated in 2016, with 133 so far, just 11 fewer than this time last year.

Now, a message honoring Lor Scoota will replace "Rest in Peace Freddie Gray" on the marquee of a long-closed West Baltimore theater.

The sign suggests a shift in focus. Gray's death shined a light on systemic failures, reaching beyond police misconduct to include poverty, unequal justice and the denial of opportunities. The killing of Lor Scoota, who seemed to transcend these obstacles, has people going deeper still, to examine the root causes of street violence.

Scoota understood this when he spread a message of love in elementary schools, Savage said:

"If we teach our children love, they know a value of a life. They wouldn't think to take someone's life if they knew somebody loved them," she said.

"There are many opportunities to intervene so we can help close that equity gap, and that's the story behind the violence in Baltimore and across the country," Dr. Wen said in an interview.

She points to her department's Safe Streets program, which empowers former gang members and drug dealers to stop violence before it happens. They mediated 800 conflicts in 2014 and 700 in 2015 among the city's most marginalized people.

"We have to start with first graders, and deal with trauma," he said. "Young people need resources, they need love, they need to be part of something positive. It's a schools problem. It's a housing problem. We can't criminal-justice-system-our-way out of this."

The crowds honoring Scoota's life were largely peaceful, although Monday night's gathering ended in a standoff with police and three arrests.

Hours later, after the news crews packed up, shots rang out again — this time, a 16-year-old boy caught the bullet.

"Sometimes people have to die for change to happen," said Daphne Alston, who founded Mothers of Murdered Sons and Daughters after losing her son in 2008.

"But no proms, no graduations, no carrying groceries inside, no one to bury you? Hundreds and hundreds of funerals? How many more lives have to change before we say enough is enough?" 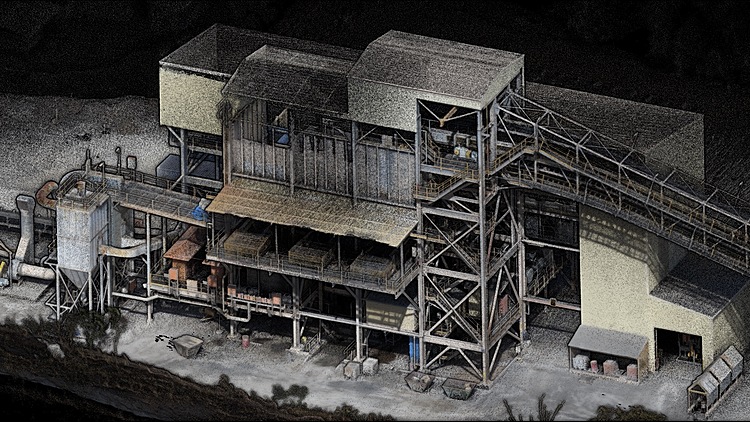