Nothing and no one is perfect in this world. We know that much.

In other words, wherever there is good, it is inevitable that the bad and evil will follow. And in our haste to do good; we don’t always get it right.

Folks, sometimes we get it wrong… way, way wrong. That goes for everybody.

But that’s okay. As long as we have an attitude of repentance, learn from our mistakes, change our ways and move on so we don’t repeat the same thing, we could only get better.

Come to think of it, it is from making mistakes that we become better. Would it be fair to say that we don’t learn if we don’t get it wrong? Will success be as sweet if we didn’t know the feeling of failure?

Which means mistakes – while no one wants them – are part and parcel of growth. What we need then is to be teachable, have an open mind and accepting of constructive criticisms to allow the process of the growth to mature.

Criticisms after all when taken and accepted well will do us a world of good as opposed to being praised all the time.

Yes it’s nice to be praised now and then but when all we want is praise, something is not right somewhere.

The point is that constructive criticisms make us better. They build us; they help improve our character and they make us stronger and tougher.

The fact is we cannot please everyone. Each and every one of us will at one point or another disappoint someone or some people through our actions or words. It happens because their expectations are not the same as what we deliver.

Today, there is reason to be optimistic. There is a reason to be happy that a new line of thinking in relation to the acceptance of complaints and criticisms has been declared in Samoa. We are referring to the comments by the Minister of Health, Tuitama Dr. Leao Tuitama, on page 3 of the newspaper you are reading.

Ladies and gentlemen, we hope everyone in Samoa – the government and private sector – read it and make it their own.

Now when it comes to the hospital, everyone has a story to tell. Among them are horror stories of poor services and whatnot. The good news is that Minister Tuitama is getting on top of it.

“The hospital will soon have a booth somewhere in the lobby where the public can submit complaints about anything pertaining to the hospital, services, nurses attitudes, physicians, administrations,” he said.

The Minister added that there are too many complaints against the hospital services that are not being addressed properly, or in a timely manner.

“Sometimes the public feel their concerns are not being taken seriously by the hospital and yet complaints are just as important,” he said.

“This is where we know the standard of services we are providing, whether  improvements are needed and that is why complaints are just as important.”

Well you can say that again Mr. Minister.

Lastly, according to Tuitama, the lack of action on complaints has led to many people raising these issues in the media.

“We both know this does not end well for the Health sector when issues are being publicly addressed, when it can be dealt with properly,” said the Minister.

“They have the right to complain and we have the obligation to respond... the turn around time should be within a week.”

“Sometimes the staff does not want to face up to their shortcomings and inadequacies but those are the things that will improve the services is to listen to the complaints.”

Folks, this one of the best things any Cabinet Minister has said in a very long time. Let me repeat, members of the public have a right to complain while public servants have an obligation to respond. Wouldn’t Samoa be a much better place if this line of thinking is actually used?

Well done, Minister Tuitama! Should the Ministry of Health pull this off, these guys surely deserve an award. But then it’s easier than done, isn’t it? 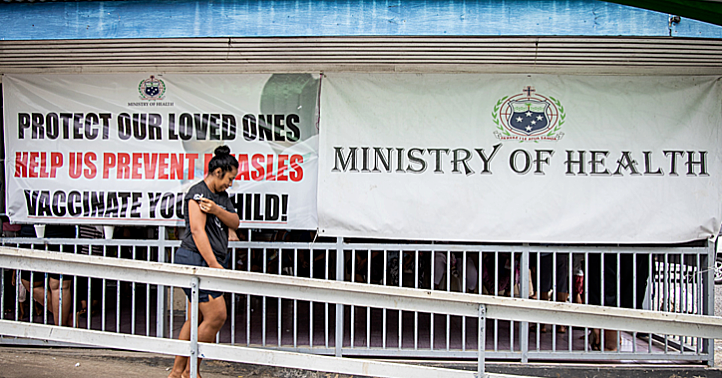