S.S.A.B. Ambassadors – investing in the future of Samoa

Twenty students – including two from the big island of Savai’i – are looking forward to the start of the 2017 school year thanks to help from the Samoa Stationery and Books (S.S.A.B).

Yesterday, the students were announced as S.S.A.B Ambassadors when they were presented with scholarships for 2017.

The S.S.A.B Ambassadors programme is part of the company’s Back to School Campaign.

Managing Director and Owner of S.S.A.B, Fiti Leung Wai, said the ambassadorial programme was something she had thought about many years ago but only committed to it in 2015 after being awarded the New Zealand Prime Minister’s Fellowship.

Each Ambassador is entitled to a $500 cash to help with fees and $500 worth of stationery. They will also attend S.S.A.B’s ambassadorial programme which involves practical work experience and free use of the company’s Staff Children’s Library.

The programme is costing the company more than $20,000 but Mrs. Leung Wai said they are investing in the future of Samoa.

The recipients were recommended by the different schools.

“Why? Because of your leadership skills, your diligence, good attitude and being high achievers at your schools,” Mrs. Leung Wai said.

She encouraged them to keep up the good work.

“Remain leaders and be good examples not only to the kids in your respective schools but also to your families and Samoa at large. Life is not just about doing well in school; it is also about being compassionate and giving.

“So congratulations to you all once again.”

Joycemarie Toafa, a Year 13 student of Samoa College who has been an S.S.A.B Ambassador for three consecutive years, said she is extremely grateful.

“I mean who would have thought that a person like me could get this kind of blessing?” she said.

“In working and having that experience around the S.S.A.B staff has been amazing and I couldn’t thank them enough for this great opportunity.”

Ms. Toafa being an S.S.A.B Ambassador has motivated her even more.

“The marks that I have been receiving ever since the programme started has been remarkable and my school work and school life has been increasingly amazing since this programme.”

She added that the scholarship has helped her parents tremendously.

“I come from a family who don’t really have much. Getting this scholarship and being able to retain it for three years has taken a load off my parents shoulders,” she said.

Lastly the Ambassador said the Managing Director of S.S.A.B inspires her.

“Mrs. Leung Wai has inspired me in many ways especially with her themes every time she stand up to say a speech she always talks about giving back to the community,” she said.

“So for me I am the only child and I have always been selfish but through this programme I have learned from Mrs. Leung Wai that by giving something whole heartedly without expecting anything back God will bless you abundantly.” 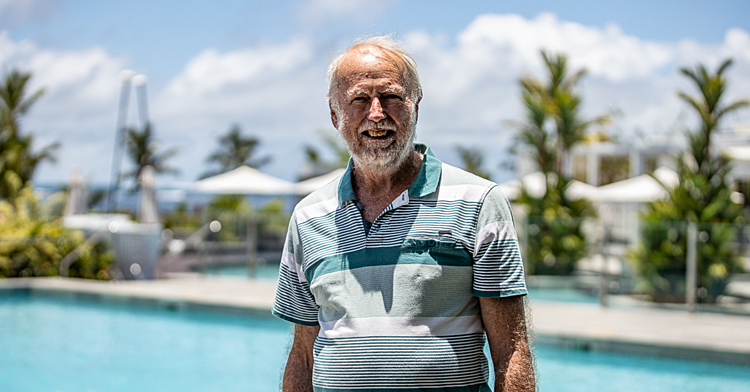 Government debt inches down to $1.04 billion