Samoa invited to launch of ‘Agenda for Growth’

Samoa is set to join Commonwealth Ministers responsible for trade, industry and investment when they meet in London from 9-10 March to kick-start an ambitious ‘Agenda for Growth’ across the Commonwealth’s 52 member countries.

Over two days, ministers from over 30 Commonwealth countries will consult with business leaders and trade experts concluding in a closed door policy roundtable at Marlborough House on 10 March.

Commonwealth Secretary-General Patricia Scotland said: “Current global trade instability remains a priority concern for member states. It is vital that no country is left behind. Our trade experts have identified significant, untapped opportunities which, with the Secretariat’s support, can boost intra-Commonwealth trade from 17 per cent to 25 per cent over the next three years.”

Lord Marland, Chairman of the Commonwealth Enterprise and Investment Council said: “The number of Ministers attending as well as C.E.Os and Chairs from leading corporations, is testament to the enabling power of the Commonwealth.

“This is an opportunity to put trade and enterprise at the heart of the Commonwealth, to develop the prosperity of members through trade, and to enable businesses to realise the opportunities within the Commonwealth. The desire for outcomes and efficient delivery in a fast changing global trade environment ensures that this inaugural summit is extremely timely.”

At play is a distinct Commonwealth advantage characterised by shared values, a common language, familiar institutions and similar legal and regulatory systems. This makes two Commonwealth countries trade on an average 19 to 20 per cent more with each other as compared to their non-Commonwealth partners.

On 9 March, Ministers will meet at Lancaster House for a public-private sector dialogue organised by the C.W.E.I.C.

One hundred senior business leaders are expected to attend. The core of the days’ discussions will focus on six ministerial roundtable sessions covering financial services; ease of doing business; technology and innovation; business and stability; creating an export economy; and, attracting investment.

On 10 March, at Marlborough House, Ministers will convene for a policy roundtable, co-chaired by Sri Lanka, the United Kingdom and Malta.

Ministers will explore how the Commonwealth can boost intra-Commonwealth trade and investment and support each other to increase their capacity to trade.

The meeting follows on from the Commonwealth Business Forum in Malta in November 2015.

It takes place as countries consider the implications of Brexit on key industries across Commonwealth.

Last year, trade experts at the Commonwealth Secretariat highlighted the importance of the UK market for many member countries, with the Secretary-General pledging support during post-Brexit trade negotiations. Since then, the Secretariat has assisted more than 15 countries with regard to trade competitiveness.

The Government’s proposal to give $50 tala to every Samoan citizen who registers for the national census identification scheme will come at a total cost of $12 million. 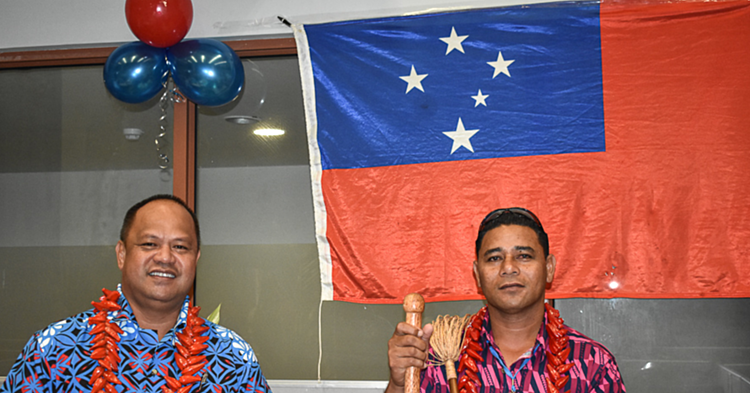 Loluama Neli Tafili has never missed an Independence Day celebration since that momentous day in 1962, when the Southern Cross stars emblazoned against the red and blue flag was first hoisted to mark Samoa’s graduation as an independent nation.