BANGKOK (AP) — All the usual rituals of international summits were there: the group photos, the gala dinners, the noticeably vibrant shirts leaders force themselves into. But eclipsing all of that at Asia's two big meetings was some unusually forthright criticism that exposed deepening divisions rattling the region.

Front and center was the rivalry between the U.S. and China. The two countries are locked in a widening trade war and their representatives used the summits to exchange barbs and maneuver to expand their influence.

Competition between the great powers is not new to the region. But over decades of war, financial crises and other setbacks, countries across Asia and the Pacific Rim have used these annual meetings to talk through such problems, usually opting to sideline disagreements in a show of unity. Consensus, not conflict, is typically the norm.

This year is different.

The clash between the world's two biggest economies is shaking the bedrock of regional amity and leaving some countries worried they will be forced to choose between Beijing and Washington. It also may bode poorly for compromise between Presidents Donald Trump and Xi Jinping when they meet this month at the Group of 20 gathering in Argentina.

The antagonisms kicked off last week at a Southeast Asian summit in Singapore, where U.S. Vice President Mike Pence, standing in for Trump, declared that "empire and aggression have no place" in the region, a clear reference to Chinese expansion in the disputed South China Sea.

The discord carried over to the annual Asia-Pacific Economic Cooperation forum in Papua New Guinea, where leaders failed for the first time in nearly 30 years of such gatherings to endorse a final joint statement. China apparently pushed back hard against U.S. demands for strong language against unfair trade practices.

Pence and Chinese leaders sparred at both summits, with the vice president describing China's militarization and expansion in the South China Sea as "illegal and dangerous." He accused Beijing of threatening the sovereignty of many nations and said it "endangers the prosperity of the world."

Chinese Premier Li Keqiang smacked back, urging fellow leaders to send a positive message to markets ruffled by the trade war, which has seen both sides imposing punitive tariffs on billions of dollars of each other's exports and has the potential to unravel supply chains across the globe.

The acrimony may be somewhat less apparent at the G-20 gathering in Buenos Aeries, which will include leaders from across the globe and the focus will be global, not regional.

But the strains between the U.S. and China were painful enough in Singapore that the gathering's urbane host, Prime Minister Lee Hsien Loong, appealed for a bit less candor and greater camaraderie, saying it would be easier if everybody was "on the same side."

Across Asia, countries worry they will have to "choose one or the other," he said. "I hope it does not happen soon."

Most Asian nations are loath to make such a choice because they benefit from the rivalry, whether economically, militarily or both. For most, China is their largest trading partner. But they are wary of China's military might and see the U.S. and its presence in the region as a welcome counterbalance.

At that meeting, Pence took aim at China's global infrastructure drive, known as the "Belt and Road Initiative," suggesting that Beijing was drowning its partners in debt and infringing on their sovereignty.

He also announced the U.S. would join ally Australia's plan to develop a naval base in Papua New Guinea. That followed a hush-hush working level meeting in Singapore of the Quadrilateral Security Dialogue, which involves the U.S., Japan, Australia and India and is viewed as a challenge to China's expanding military reach.

Xi, the Chinese president, suggested the U.S. was bending the rules of global institutions set up after World War II, such as the World Trade Organization, and using them for "selfish agendas."

This year's friction wasn't confined to jousting between the U.S. and China.

In Singapore, Myanmar's leader Aung San Suu Kyi, who usually is not put on the spot by the other leaders, appeared grim and weary after she was sharply criticized by Pence and by Malaysian Prime Minister Mahathir Mohamed over the Buddhist majority-nation's treatment of ethnic Muslim Rohingya. Hundreds of thousands of Rohingya have fled killings and other violence in Myanmar and are crowded in dire conditions in camps in Bangladesh.

True to form, China saw an opportunity and responded to the criticism by having Li reach out and reaffirm Beijing's support for Myanmar's efforts to maintain domestic stability.

As China and the U.S. maneuver for influence across a region stretching from India to the tip of South America, the biggest worry is that the jousting could escalate into a full-blown confrontation as Chinese and U.S. warships and aircraft prowl the region. A near collision of a Chinese destroyer and the USS Decatur near a disputed reef in the South China Sea in late September added to those concerns.

Still, the jostling for supremacy comes with mixed signals.

The regional summitry over, two U.S. B-52 bombers on Monday flew over the South China Sea in what U.S. Pacific Air Forces said was a "routine training mission." But on Wednesday, the aircraft carrier USS Reagan docked in Hong Kong in what was viewed as a friendly gesture — it required Beijing's approval. 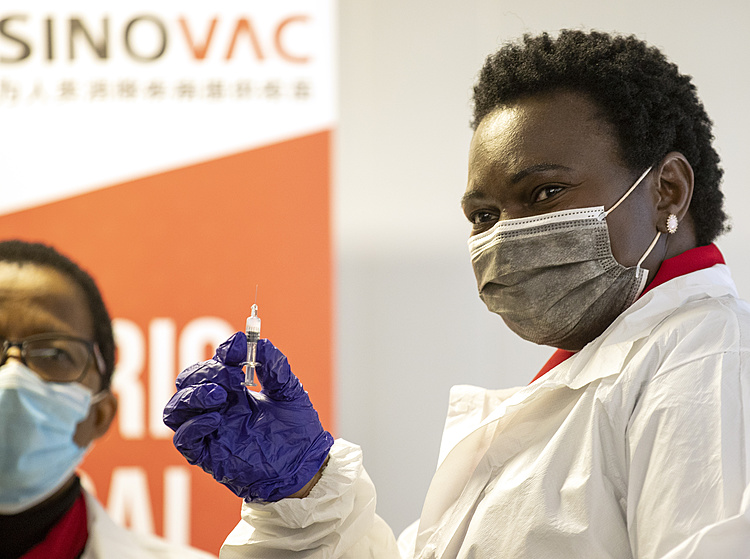 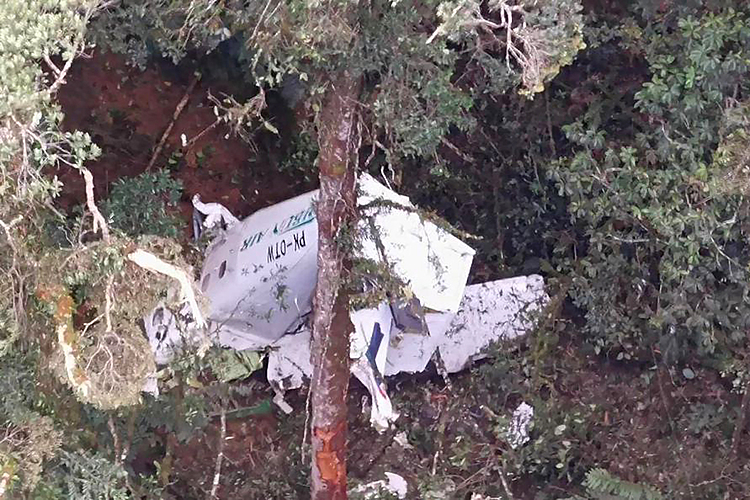