Samoa’s Supreme athlete, Mary Opeloge, will be Samoa’s flag bearer during the opening ceremony of the 2016 Olympic Games in Rio de Janeiro, Brazil.

In doing so, she will be continuing the tradition of the Opeloge family in carrying Samoa’s flag with her older sister, Ele, having had the honour in 2008 and 2012.

The honour will cap off a wonderful year for Mary who earlier this year collected the Sportswoman of the Year Award as well as the Supreme Award during the Samoa Sports Awards.

The Olympic Games opening ceremony will be today.

The President of the Samoa Weightlifting Federation and coach, Tuaopepe Jerry Wallwork, said the decision by Team Samoa for Mary to be the flag bearer is an honour for the sport.

“We are delighted as a sport and obviously feel very proud.”

Mary Opeloge is no stranger to our country and also to all the other athletes in the world.

She is ranked number six in the World for Weightlifting and she comes from a well-known family in weightlifters.

She is the younger sister of the famous Ele Opeloge who also competed in the Olympics in 2008 and 2012.

Mary said she is honoured to have been chosen, especially given the fact this is her first Olympic Games.

“I know the expectation that is being put to us from our country so me and my friend Nevo Ioane will do our best to make Samoa proud,” she said.

“As for selecting me to carry the flag of our country I am very honoured and humbled but my focus is putting Samoa on the top and so with the Lord’s help I will represent our country with pride.

Asked about being part of the Olympics, she said: “It’s a different feeling from all the competitions that I have been to.  “This is much more than I expected, but I am confident because I have been preparing for this moment and it is a one in a lifetime opportunity. Samoa tapua’i mai.” 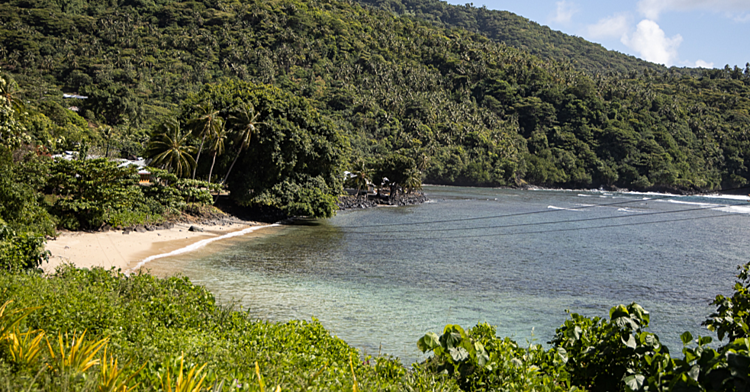