A woman and her estranged partner are fighting for their lives at the Moto’otua Hospital following a horrific stabbing in front of the National Bank of Samoa’s building in Apia this morning.

Eyewitnesses say the man had an argument with his wife before he started stabbing her multiple times in public.

“The victim is an employee for one of the government ministries housed at the ACC Building,” one eye witness said.

“He was waiting for the victim to come to work because it was around 8’oclock in the morning that the incident occurred.”

The eyewitness said the accused stabbed her multiple times.

When members of the public rushed to her rescue, he ran away.

“He ran towards the Mulivai Bridge because a taxi driver was chasing after him.

“He jumped into the sea and he went inside a pipe that is under there.

“However, when he decided to come back out the knife that he used on his partner was on his chest.

“The police arrived at the scene and the ambulance was called. They were both taken to the hospital and they underwent operation that was like an ago.”

The Police are investigating. 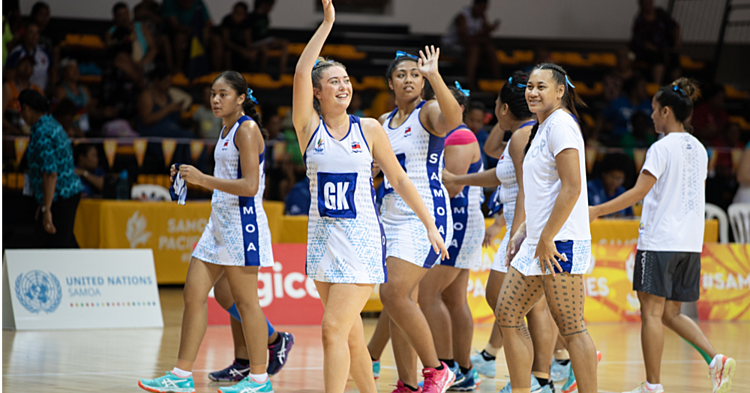 Samoa has qualified for the Netball World Youth Cup which is scheduled for June 2021 in the Fiji capital Suva.

The United Nations Children's Fund (U.N.I.C.E.F.) is leading the way in the Pacific region to help front line health care workers respond to the coronavirus pandemic.

Father Muliau Stowers has cleared the air saying his comments were not made with an intention to support a perpetrator or encourage victim-blaming, but rather an effort to appeal to the youth regarding such taboo issues.