Child pornography statistics revealed during the cybercrime training are alarming.

So says Attorney General Lemalu Hermann Retzlaff, while referring to increasing concerns of child pornography and scheming in Samoa.

“You have some shocking statistics. 750,000 predators at any given time are on the internet looking for ways to access children, access pictures, even pictures that have been innocently put up and recently Interpol alerted me,” Lemalu said.

“Our children in Samoa like to jump in the sea without clothes on, so those are some areas where exploitation happens, so those aspects we need to be prepared for.

“The key ones we have looked at here are child pornography and the scheming, where people overseas have been travelling here and taking money from our cash machines. So that kind of offending is increasing and our concern is some of the search engines.

“I am talking about all the issues from cybercrime. I am quite concerned about the latest statistics that suggests that there are people in Samoa who try to access child pornography and that to me is shocking because we have only just found out.”

Lemalu said cybercrime is all over the world and anyone could be affected by it.

“Cybercrime is across countries, in other words a person can be overseas and commit a crime that affects Samoa.”

He also mentioned the future plans they have in implementing cybercrimes law.

“The advisory mission is here, these recommendations presented to us we will now take away and start to draft up legislations and departments that are involved such as the Ministry of Police, probably the Regulator, M.C.I.L. and present to Cabinet, once the Council of European and the Budapest Convention Management sees that we are taking these proactive steps then they might come along and formalise our place in the community convention, all the support that comes with it, then become a part of how we work  in terms of trying to fight cybercrime.”

Lemalu highlighted the importance of the Budapest Convention to Samoa.

“When Samoa expresses their interest in the Budapest Convention, we have to go through eight steps, now the third step is for their experts to visit the country that has expressed the interest.

“We then hold a gathering of analysis on the left side and the Budapest convention on the right side, if you put it that way, and we do the recommendations about what changes needed to be made in Samoa.” 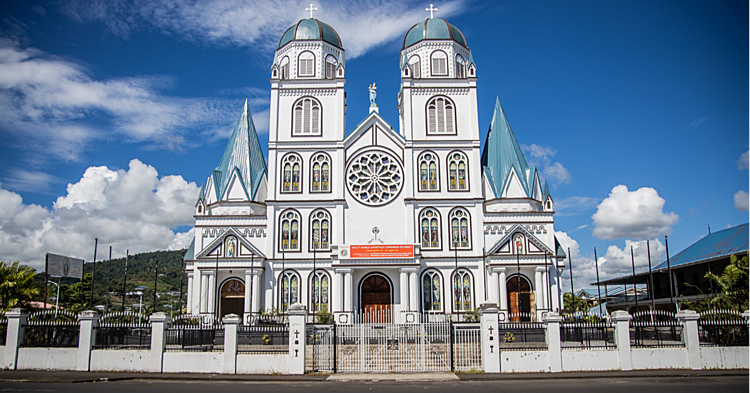 Papua New Guinea recently announced that its multi-million pork industry is now under threat due to an outbreak of A.S.F. So far, the pandemic has led to the slaughter of millions of pigs with outbreaks reported in Africa, Asia and parts of Europe, South America, and the Caribbean.

The tourism sector will be relieved to have received a six month freeze on their national provident fund and accident compensation payments as well as a hefty discount on their power usage for three months.