RIYADH, Saudi Arabia (AP) — Saudi Arabia's surprise decision to grant women the right to drive rattled society in the kingdom on Wednesday, bringing cheers from rights activists and young people and grumbling from others who say they will never let their wives and daughters behind the wheel.

It also demonstrated how the power of ultraconservatives to impose their will has weakened as the kingdom's 32-year-old crown prince steams ahead with sensitive reforms under his father, King Salman.

The lifting of the ban is the most dramatic step yet in a campaign by Crown Prince Mohammed bin Salman to modernize the kingdom. The young royal has been promoting change to boost the country's economy and ease international criticism, all while risking backlash from clerics and others who adhere to the ultraconservative Wahhabi interpretation of Islam.

After muscling his way into de facto power, the crown prince appears to have no immediate rivals within the royal family — and at such a young age could hold authority for decades. His ability to ram through reforms suggests conservatives, even if they represent a significant portion of the population, are unwilling to defy the crown prince and king and unable to shore up opposition from other royals and within society.

In 1990, during the first driving campaign by activists, women who got behind the wheels of their cars in the capital, Riyadh, lost their jobs, faced severe stigmatization and were barred from travel abroad for a year.

"It's been 27 years of demanding and asking, but a whole lifetime of suffering," said Dalal Kaaki, who joined the protest movement years later. "I can't really celebrate because every time I come to celebrate I remember all the years of suffocation. ... Of trying to arrange transportation to work and having to beg people at home to take me to run errands."

"I'm feeling a mix of joy and disbelief, but I'm also grateful that my grandchildren won't have to go through what I went through," she said.

The move was praised by world leaders. The White House said President Donald Trump views the change as "a positive step toward promoting the rights and opportunities of women in Saudi Arabia."

The decision to allow women to drive may have taken decades of struggle, but it also came swiftly and as a surprise.

Just three years ago, two Saudi women were detained for more than two months for defying the ban on driving. Others were detained over the years during various efforts by women's rights activists to drive. Often, police would detain a female driver until a male relative could pick her up and sign a pledge on her behalf that she would not drive again.

In some instances, women had their cars confiscated for months. In 2011, at the height of the Arab Spring protests, a Saudi woman was sentenced to 10 lashes for driving, although the Saudi king at the time overturned the sentence.

Under the new guidelines, all Saudi women will be allowed to drive by next summer and they will not require the permission of a male relative to obtain a driver's license.

Saudi Arabia was the only country in the world still barring women from driving as their counterparts in other Muslim countries drove freely.

Sahar Nasief, who lives in in the Red Sea city of Jiddah, was actively campaigning for women to drive. She could drive in the U.S., Egypt and neighboring Dubai on visits, but not in her own country. She said she couldn't believe the news when her son called to tell her.

Saudi Arabia's crown prince is set to inherit a country where more than half the population is under 25 years old and 70 percent are under 35. Millions are active users of social media, where criticism of the government is rife.

To appeal to these young people, boost local spending and improve the country's image abroad, Prince Mohammed bin Salman has opened the country to more entertainment, allowing music concerts and even a Comic-Con event as part of a wide-ranging push to reform the economy and society.

This year, the government announced that for the first time girls in public schools would be allowed to play sports and have access to physical education. Last year, the state curtailed the powers of the religious police.

The crown prince is seen as the driving force behind these rapid changes, despite Saudi Arabia's history of cautious, incremental reform.

Three years ago, the country's top cleric, Grand Mufti Abdulaziz Al Sheikh, said barring women from driving "was in the best interest of society" because it protected them from having to deal with an accident.

On Wednesday, the country's top council of clerics — overseen by Al Sheikh— appeared to publicly back the decree. The council said in a statement that King Salman had taken a decision based on what he deemed was in the best interests of his country and in safeguarding its Islamic values.

The Council of Senior Scholars said past fatwas, or religious edicts, opposed to women driving had "focused on evils, but not on driving itself, which is not forbidden." The royal decree issued late Tuesday noted that the majority of those scholars had now agreed that it is permissible in Islam for women to drive.

In past years, Saudi rulers were careful not to push too far too fast. At times, Saudi rulers held back reforms and gave conservatives greater sway in public life, from the judiciary to the education sectors, where they still hold sway.

The participation of women in the Olympic Games in London and Rio, a law granting them the right to work in lingerie and cosmetics' stores, and moves to allow girls more access to sports were all at some point criticized by conservatives and top clerics alike.

Conservative backlash was confined to Twitter on Wednesday, where hundreds of thousands of people wrote under hashtags saying "People reject women driving" and "The women of my house won't drive."

Despite the advancements made in recent years, Saudi women remain largely subject to the whims of men due to guardianship laws, which bar them from obtaining a passport, traveling abroad or marrying without the consent of a male relative. Women who attempt to flee abusive families have also faced imprisonment or been forced into shelters.

Aziza Youssef, a professor at King Saud University and one of Saudi Arabia's most vocal women's rights activists, said the lifting of the driving ban was "the first step in a lot of rights we are waiting for." 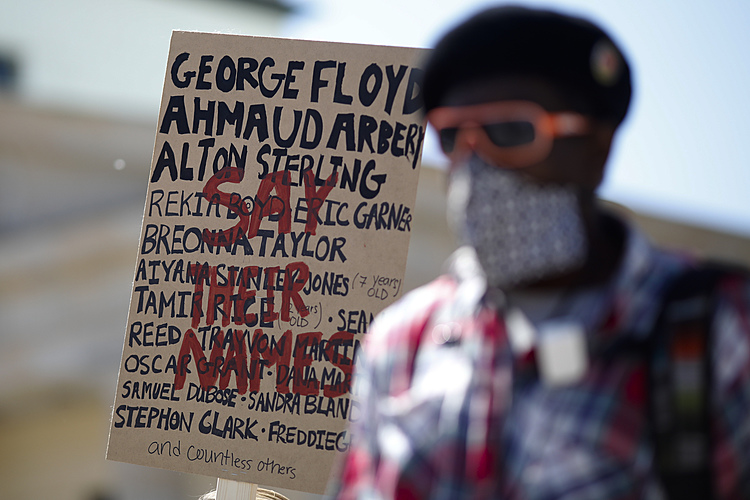 The Latest: Floyd's brother appeals for peace in Minneapolis

The Latest: Floyd's brother appeals for peace in Minneapolis 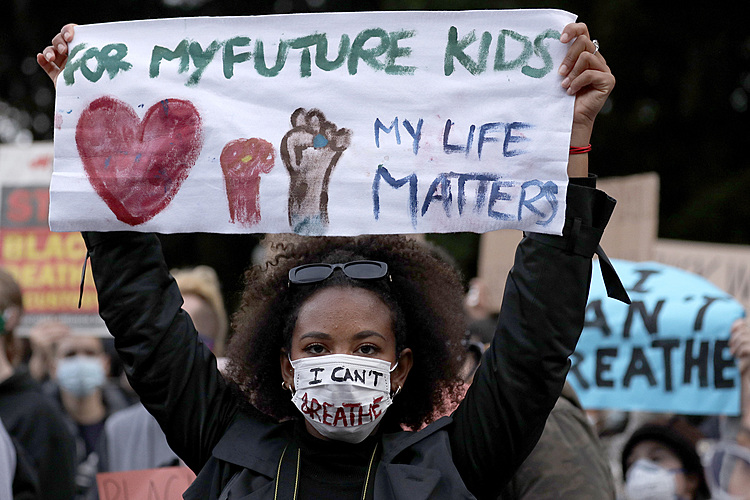 Protesters in Sydney call for change in race relations

Protesters in Sydney call for change in race relations 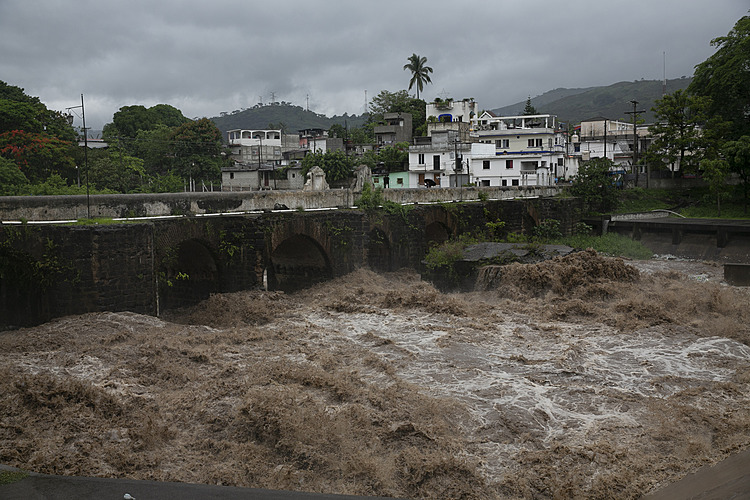