BRUSSELS (AP) — European Union leaders tussled with Turkey over how to control the flow of asylum-seekers from the Middle East in a diplomatic tug-of-war Monday that left the fate of thousands of refugees seeking a way to safety people fleeing war hanging in the balance.

Daylong negotiations between the 28-nation bloc and Turkey edged toward midnight with both sides seeking more as part of any new agreement. Turkey, home to 2.75 million refugees chiefly from neighboring Syria, surprised EU counterparts by demanding a doubling of funding beyond the 3 billion euros ($3.3 billion) already pledged.

Turkey insisted that any agreement would require Europe to advance Turkey's long-delayed hope of joining the bloc. As an additional step, Turkey said it expects EU nations to ease its visa restrictions on Turkish citizens within months.

"Our objective is to rescue the lives of the refugees (and) to fight against human smugglers," he said.

For its part, the EU sought to gain stronger commitments from Turkey to take back refugees who have reached European shores and ease a crisis that has left an estimated 13,000 to 14,000 souls encamped in the wintry cold on the Greece-Macedonia border.

"To stop refugees arriving in Greece, we have to cooperate with Turkey," French President Francois Hollande said.

In a draft statement prepared for the talks, seen by The Associated Press, the leaders said they were seeking an agreement to return to Turkey any newcomers who could not qualify for legal refugee protection.

The draft statement said the EU and Turkey would pursue "comprehensive, large scale and fast track returns to Turkey of all irregular migrants not in need of international protection."

But Davutoglu upped the ante Monday, calling for another 3 billion euros in EU aid for Turkish-based refugees by 2018 on top of the 3 billion already pledged to arrive by 2017. The aid would be designed to improve the quality of life in their often crowded, squalid camps.

In Ankara, the Turkish capital, President Recep Tayyip Erdogan accused the EU of failing to provide enough of the already pledged funds. He also criticized Europe for refusing to accept asylum seekers more readily, linking that policy to needless deaths as thousands opt to cross illegally by sea from the Turkish coast to offshore Greek islands.

"We are not sending them. They are going by sea and many of them are dying. We have rescued close to 100,000 from the sea," Erdogan said in a speech.

Turkey is seeking a new EU commitment to take Syrians and other high-percentage refugee applicants via safe travel routes, such as at the land border between Turkey and Greece, to reduce drowning deaths in the Aegean Sea.

Overshadowing the summit diplomacy is Turkey's questionable human rights record. On Friday, Turkish police stormed the headquarters of an anti-government newspaper to enforce a court order placing the paper and its sister outlets under new management. Police spent the weekend using tear gas and water cannons to quell street protests.

Hollande said that EU cooperation with Turkey should not be interpreted as European acceptance of Turkish rights restrictions. "The press must be free everywhere, including in Turkey," he said.

Of immediate concern was the plight of people stuck at Greece's northern border with non-EU member Macedonia, which for the past year has been one of the most popular routes for asylum seekers to reach central Europe via the Balkans. Hundreds of thousands of people have used the route in recent months to try to reach Germany, Sweden and other preferred destinations.

Macedonia now has effectively sealed off that route, a position backed by Austria, Croatia, Serbia, Slovenia and Hungary. Cash-strapped Greece has struggled to cope with the rapid buildup of humanity.

Those camped on the border vowed Monday to press on into Europe, regardless of what diplomats decide in Brussels.

"Whatever it takes, we will go. We have nothing to go back to. Our homes are destroyed," said Lasgeen Hassan, a Syrian Kurd who hopes to reunite with relatives already in Germany. 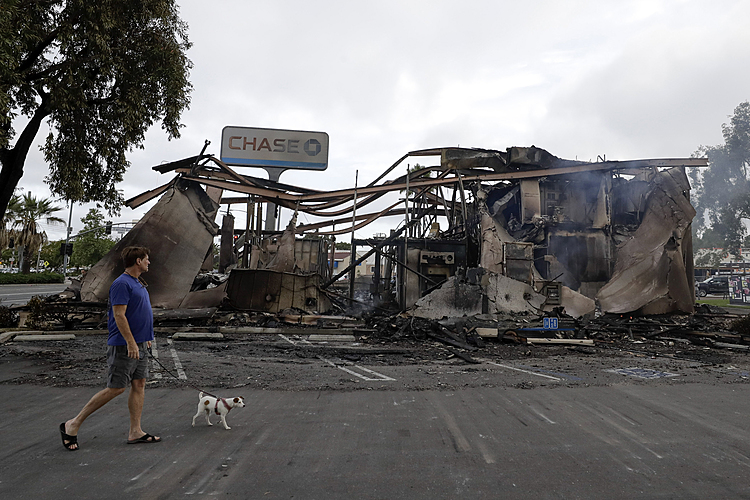 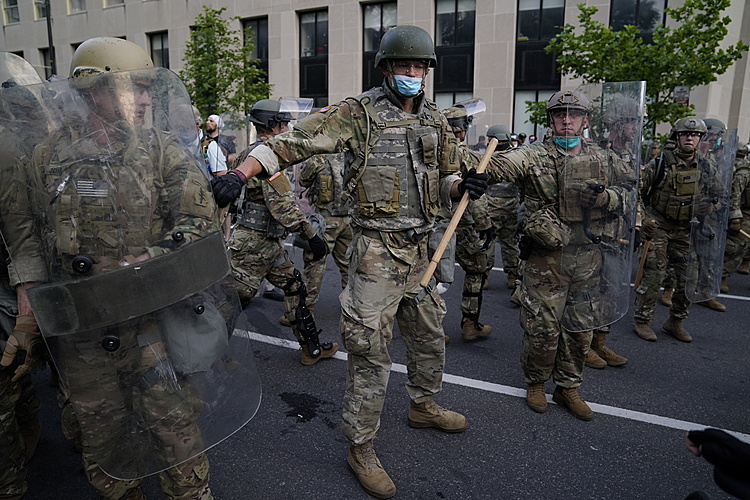 The Latest: Show of force from law enforcement in Washington

The Latest: Show of force from law enforcement in Washington 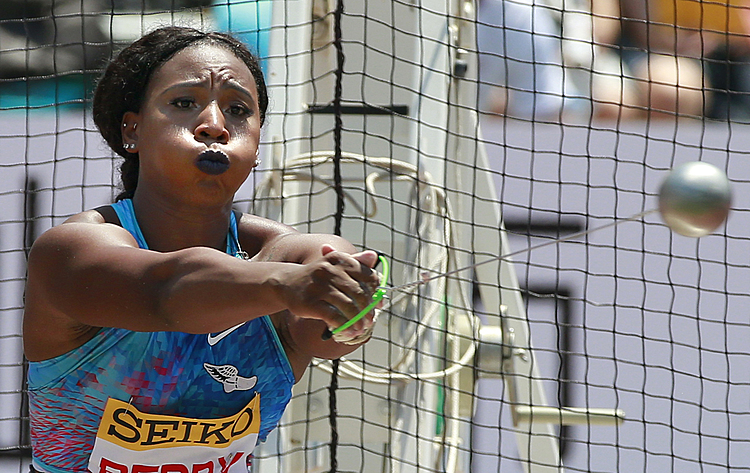