It’s been a while since the C.E.O of the Samoa Rugby Union and his staff introduced the implementation of the Super 9 Rugby to replace the National Provincial Championship.

The National Provincial Championship was an annual competition where all active unions around the country took part not only to compete for the title but to actively engage in a higher level rugby competition which is a fundamental part of development for the sport and most importantly the players.

The main idea behind the National Provincial Championship is to improve the fitness of players, develop smart rugby skills of players and boost more opportunities for local players to get selected for the national team.

Manu Samoa provides international exposure for our local players and that will significantly contribute to boosting their chances of securing contracts with overseas clubs.

In fact, the logistics of big tournaments like the NPC and Super 9 depends heavily on cooperation and communication. Not even a big head can work solely to control things hence it’s a must to delegate.

The initiative sounds good to all executives and coaches with the intention that the Super 9 will be kicked off on the scheduled time without delays. Almost all active unions have made changes to their yearly calendar to meet the S.R.U’s timeframe for the Super 9.

Ironically, Mr Nice Guy had just pretended that things are running smoothly in the eyes of the local franchises. He also showed his confidence in his words and actions.  Unfortunately, he has zero knowledge of running a tournament like the Super 9 because he doesn’t have a rugby mind.

The consequences of his attitude turned things to worse when the board decided to postpone the Super 9 to July due to unfortunate circumstances.

However, he didn’t consider the preparations and the hard work of other local unions. In fact, is the costs of preparations for such tournament are not less than $10,000 tala,

According to recent vague explanation on televisions and meetings, he stated that the idea is to bring new pathways so that all district unions can access equally with the unions in the urban areas. Somehow, his effort to unequal things equally can only result in blatant inequality. And in the case of rugby as one of Samoa’s core sports, it will result in more players being taken to the hospital – if not the morgue.

Specifically, Mr Nice Guy, you should consider that most of the unions in the rural areas had been ripping off the S.R.U in terms of money but also players from our union.

Some Unions don’t operate any rugby union competition throughout the year but they wait to participate in the N.P.C and now the Super 9 because of monetary gifts. At the end of the day, they stole players that have been developed by urban unions to bulk up their bungling teams.

I have mentioned all these because rugby is my passion.

And that is why I am totally disappointed with the arrogant and ill-adviced decision to reschedule the Super 9.

As a coach who has worked hard to organise and train players, it’s never an easy task. It costs me time, resources (chillers, balls, ice, water, transport etc…), money and almost everything. Even my family is extremely affected.

Please walk the talk but don’t just stink the air with your imagination when that doesn’t work. Actions speak louder than words Mr Nice Guy. 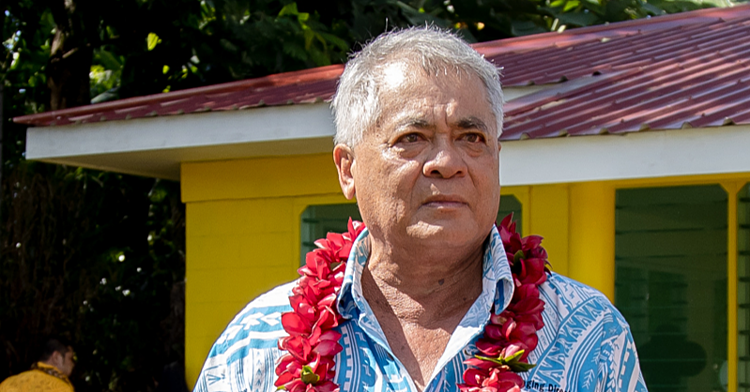