The government and U.N.E.S.C.O celebrated the International Archive and Museum Day last week by highlighting the importance of preserving Samoa’s culture and history together.

“Samoa’s Archives and the Museum of Samoa were both established in 1999, the National Archives became an authority when the Public records Act came into force in 2011,” said Prime Minister, Tuilaepa Sailele Malielegaoi at a ceremony held at the Malifa Museum of Samoan History.

“A board for the archives was establish later in 2013 as a result of this act. They are currently located in the old Apia Primary School, which was ideally refurbished last year for this purpose,” he added.

“The idea that the preservation of records is important because it gives meaning and priority to our culture, heritage and to documents of legal value. It is set up become a fully realized authority in the future,” he added.

The Museum of Samoa was built for this same purpose and that is to enhance education through cultural heritage and awareness through research, interactive programmes, exhibitions and displays.

Samoa’s Museum is staffed by Samoans as well as volunteers from overseas. While Archives and Museums are clearly two separate institutions in their division, the Prime Minister says their values are both to be prioritized.

Archiving has been established in many of government ministries.

This includes the Ministry of Justice where almost all case files past and present are now computerized in a new system made accessible to the public on a Pacific Link website that contains the ending to almost all the cases ever to stand trial in court.

The remaining prominent Museums in Samoa include the National Museum of Samoan History in Malifa which is Government owned and the privately-owned Robert Louis Stevenson Museum in Vailima.

“These two institutions are an indication that Samoa is working towards a substantial resourceful archival heritage. It is wide reaching to not just students but to the public as well as tourists,” Prime Minister Tuilaepa said. 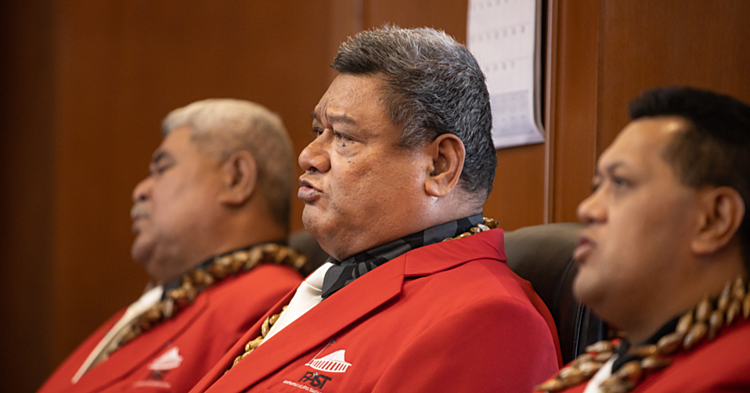