It is only a matter of hours before we have a new crown holder to represent our Pacific region.

This year’s celebration is extra special as we are celebrating 30 years since the pageant was established in 1987, in beautiful Samoa.

And the celebration of the pageant’s 30th anniversary goes along with the theme for this year’s pageant, which is “Celebrating our history and embracing our future.”

In honour of this occasion, Beach Road, Apia was filled with an array of colours from a float parade which heralded the final day of the week-long pageant activities.

Hundreds of people from all around Samoa gathered to celebrate with the lovely contestants and support them during their last public appearances before the final tonight.

A small service was held in front of the government building where Reverend Afamasaga Mautofu conducted a service to bless the celebration.

The Prime Minister of Samoa, Tuilaepa Sailele Malielegaoi addressed the audience speaking about the significance of the celebration and the pageant itself.

“As you are aware, this is the 30th Annual Miss Pacific Islands Pageant, which was first established in Samoa in 1987,” said Tuilaepa.

He went on to say that the main purpose of the pageant is to promote the Pacific islands, our distinct cultures and our beautiful and resourceful people.

“The pageant over the years has increased its popularity as ‘a pageant with a difference’ that is instrumental in promoting the sustainability of our cultures, our environments and oceans and also the significance of having a well-educated nation.

“The lady contestants had their first judged appearances in the pre-pageant interview yesterday.

The  presentations were very impressive in addressing the issues within our region and world which we are facing today.

We also had some of them speaking about cyber space technology, environment, and education and of course, climate change - topics that that we must all become familiar with and appreciate, to ensure meaningful contributions that would advocate positive outcomes, as these beautiful, intelligent and empowered lady contestants have shared throughout this week.

“May I again express my sincere gratitude to all the countries that have contributed to the Miss Pacific Islands pageant over the past years.

“We also thank everyone who came out today joining us to watch the float parade this morning.”

Finally, Tuilaepa wished them all the best for tonight.

Doors will open at 7:00pm tonight for the pageant.

All the best to all the contestants! 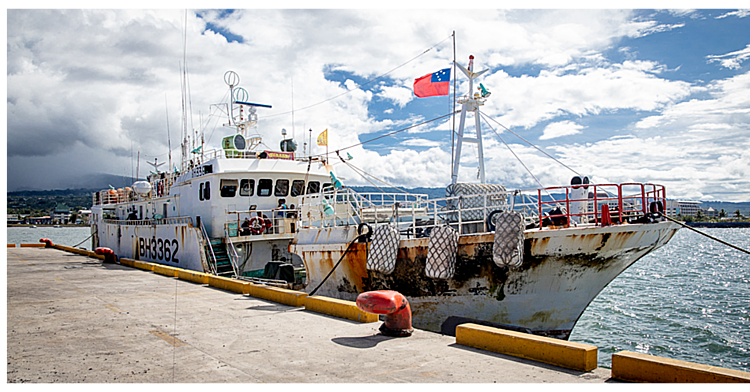 A leading Pacific fisheries expert, Bubba Cook, has cautioned the Government to ensure Samoa’s wharves and fishing ports are monitored just as tightly as the airports to keep the coronavirus at bay.