The Sun rises in new play about Murdoch's tabloid revolution

A new play in London explores the roots of his success and his divisiveness. "Ink" shows how Murdoch revolutionized British journalism at the end of the 1960s, turning the failing Sun newspaper into the country's most influential tabloid through a canny mix of sin, sensation and sex.

Playwright James Graham says it's fascinating "to see the torment" on the faces of liberal theatergoers as they realize they are rooting for the Australian upstart.

"We want to subvert and disrupt and interrogate what that man did," he added. "He is a man who has had an incredible impact on all of our lives."

"Ink," which opened in the West End this week after a run at London's small Almeida Theatre, begins in 1969. It was a pre-digital era, when publishing a newspaper involved hot type, clanking presses and — to Murdoch's dismay — powerful trade unions.

The play conveys the gallows humor of journalists and the excitement of creating something new. Murdoch and Sun editor Larry Lamb shocked the stuffy, class-ridden newspaper business with a paper that embraced the populist delights of sports, television, sex and free giveaways.

Actor Richard Coyle, who plays Lamb, said the play had made him "look more fondly on the Sun than I did before. It had noble intentions in many ways, to begin with."

In the play, Murdoch sums up his intentions as "give people what they want ... and to hell with the consequences."

"Ink" explores some of those consequences, on individuals and on a society undergoing rapid change.

Bertie Carvel, who plays Murdoch with nervous charm and fizzing energy, said it's a play "about individualism versus collectivism."

"The 60s was such an amazing decade, everything was changing, and Larry is like a surfer on a wave of change and iconoclasm," said Carvel. "Murdoch sets him this kind of visionary task, then Larry — channeling everything that the 60s has to offer — takes that and does his thing with it."

Lamb, who led the Sun for nine years, died in 2000. Murdoch, now 86 and still atop his empire, has not been to see "Ink," but many of his executives and journalists have. Former Sun editor Kelvin MacKenzie said the play had "the feel of a documentary."

But in recent years, Murdoch has faced setbacks. The revelation in 2011 that his News of the World tabloid had eavesdropped on the voicemails of a teenage murder victim forced him to close the newspaper and sent a former editor to prison.

British politicians, who for decades had sought the approval of the Murdoch press, grew warier.

Last week Britain's Conservative government stalled Murdoch's attempt to buy full control of broadcaster Sky, referring the deal to a regulator over concerns Murdoch is not a "fit and proper" media owner.

That makes "Ink" timely — and the latest example of Graham's skill at tapping into the zeitgeist.

His play "Privacy," which ran off-Broadway in a production starring Daniel Radcliffe, was an eye-opening exploration of the intrusive power of technology. Parliamentary drama "This House" explored flawed British democracy while humanizing often-derided politicians.

"I started writing this way before Trump, way before Brexit," Graham said. "But I knew I wanted to capture what was clearly in the air about populism. I come from a working-class mining community in Nottinghamshire, a Sun-reading town ... so I wanted to speak to that. What it is to be in a working-class town that feels forgotten and isolated from the national conversation.

"And then, just by chance while I was writing it, those people got the power."

"Ink" runs at London's Duke of York's Theatre until Jan. 6. 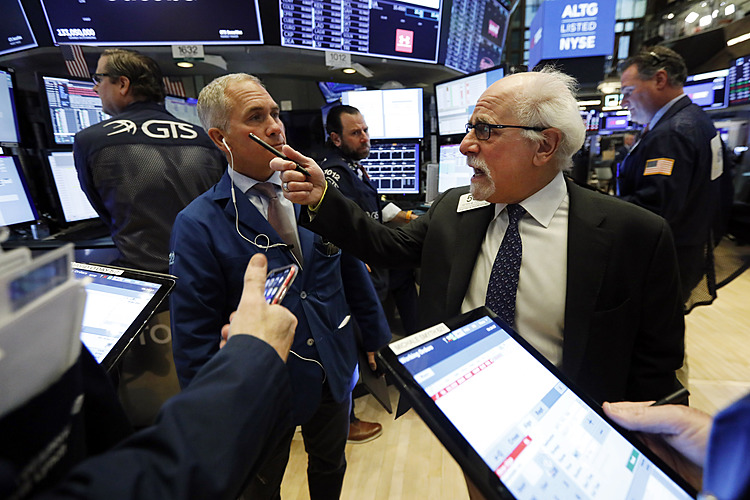