“You rub my back, and I’ll rub your back” – revisited.

Yesterday on the front page of the Samoa Observer, the story titled “P.M. silent on Sogi plan”, was published.

Sogi, that seaside spot on the Mulinu’u Peninsula where the struggle for peace was fought and won once upon a time, is today the center of a nasty, on-going standoff between some of its families, and our government.

Whereas the government has indicated that those families were to be evicted and relocated to an inland place called Falelauniu, the signs are that this is not going to happen at any time soon.

Indeed, it is understood that those families have made up their minds that they would not be forced out of Sogi, where they’ve lived all their lives.

Now the problem is that no one knows for sure what the government is planning to do at Sogi, and when those families would be forcibly relocated.

He did not explain what he meant, except to add: “The plan was announced before, so I will not respond to any more questions on the topic.”

Told that he did not say anything about what the government was planning to use the “Sogi” land for, he disagreed.

“Go back and dig up the previous release from the government,” he said. “The Minister at the time has already explained it.”

Asked which Minister he was referring to, Tuilaepa declined to give any details, saying: “That is my answer. Go back to the release by the government in the past. It should be in your previous publications.”

So we looked in our records and found no “release” from the government pertaining to the Sogi fracas anywhere, none.

In the end, all we found that might have something to do with “Sogi”, was the editorial titled, “You rub my back, and I’ll rub your back”.

Published in the Samoa Observer on 7 February 2016, it talked about the general elections up ahead, as well as what government leaders were promising to do if their party won.

As it turned out, it was there that the plan to build an International Wharf at “Vaiusu Bay” was a revealed; by the way, the “Sogi Community” we’re talking about here, is adjacent to that bay.

And then on 4 March 2016, when the general elections were held, the government, in an unprecedented landslide victory won 47 of the 49 seats in Parliament, and the rest is now history.

In any case, for those of you who were not in this country at the time but are keen to know, perhaps you should read the editorial, “You rub my back, and I’ll rub your back”, and be informed.

Earlier this week, the caretaker Minister of Works, Manu’alesagalala Enokati Posala, told Parliament his government had a lot of dreams lined up to be pursued over the next five years.

All they were waiting for, he said, was for his government to be returned to office when the general elections up ahead were done, and they would then get cracking on transferring all those dreams into blissful reality.

Now for those of you who don’t know where Matautu and Vaiusu are, let me tell you. Matautu is in the middle of Apia; it is where the country’s main wharf is located, and Vaiusu is just down the road on the other side of town, past Mulinu’u where Parliament is located.

So what’s the dream behind having two international wharves almost just next door to each other, Minister Manu’alesagalala’s explanation is exemplary.

“This is one of the (government’s) dreams to develop the country,” he said. “It will also provide employment.”

“This is one of the main sources of income for Singapore. It is transshipment, which is something we should follow.”

Fine. So what are the goods that are likely to be transshipped through the Vaiusu Wharf?

Or is the government now looking at the business of transshipping since Russia has started shipping guns, arms and helicopter gunships, to the Fijian government just down the road?

Are we now looking at building a wharf so that we can use it to transship illegal firearms and drugs?

Incidentally, since Prime Minister Tuilaepa Sailele Malielegaoi has made it his sacred rule to ask God to show him if a decision he is about to make – or has already made - is right or wrong, did he ask God what He thought of this one?

Anyway, now that we’re talking about wharves, what is the government’s next dream about the Satitoa Wharf out there at Aleipata?

Inspired by the promise it would fetch untold windfalls in tourism revenue from American Samoa, the ugly truth is that not a penny has been made from that wharf since it was built around four years ago.

Instead, some $100 million had already been sunk into that dream and yet it is still an unfinished picture of pathetic shame toddling haphazardly on the Aleipata lagoon there.

It is, to put it bluntly, a symbol of negligence as it’s standing there gaping fretfully up at the heavens, and as it’s doing so, it looks as if it’s yearning to be plucked off the face of planet Earth.

And then there was the dream to build an airport there.

So what has happened to that one by the way?

At the time, according to Manu’alesagalala, it would be located about 500 meters from the Satitoa main road, next to the Satitoa wharf.

He explained: “It will be just like Asau where there is an airport and a wharf, but Satitoa will be more suitable because it targets the route to Pago Pago.”

Now that was the plan.

The dream though was for Satitoa Airport to have a sister named Satitoa Wharf, and they were going to have great fun playing hosts to their brothers, nephews and cousins from American Samoa.

Said Manu’alesagalala then: “The committee has selected a location suitable for landing planes with fewer mountains in its surroundings.”

He did not reveal how much the airport would cost though, except to say that Cabinet had appointed a “task force” to get the project moving so that it would be completed in five years.

“At the moment they are consulting some families about their lands and how much to give them in terms of compensation.”

He also revealed: “The families are willing to support the development and for the government to compensate them for the use of their lands.”

Now obviously that would sound sweet music to the ear then!

What family would not support the idea that they would be paid compensation for the use of their lands?

The Minister would know that well enough. And so would those villagers. Naturally they would be looking forward to it, especially since that was what the Human Rights Protection Party meant to them.

It meant sincerity, trust, and above all, honesty.

Today, five years are behind us, and yet Satitoa Airport is still nothing – or nada  - as the Spanish would say.

And since then not a word has been heard from the government about Satitoa Airport. None.

Instead, now that we’re on the eve of the general elections, the minister has revealed that besides the two wharves to be built at Matautu and Vaiusu, the government actually has a host of dreams on the pipeline.

They include new water projects for Magiagi and Moata’a, solar power for Tuana’imato, Faleolo and Savai’i, an electricity generation system aimed at taking advantage of solar energy, water and wind, repair works at the Lotosamasoni and Alaoa reservoirs damaged by Cyclone Evan years ago, and so forth.

Now the questions are: What stopped the minister from turning those dreams into reality over the last five years? Indeed, did he really have to wait all that time, so that he can reveal them now? And finally, was there method in thy madness then, and if so, is it still there today?”*

Naturally, the late MP and lawyer, Dr Asiata A.V. Sale’imoa Va’ai, and what he wrote about the government, comes to mind. What he said then was virtually ignored, and yet today it is hauntingly surreal.

Referring to the two laws that had just been passed, the Parliamentary Undersecretaries Act 1988, and the Public Service (Special Posts) Act 1989, Dr Va’ai wrote: “These two laws will largely be responsible for the establishment of HRPP’s dictatorship over Samoa.

“Ultimately, this situation of unaccountability of Cabinet and the Public Servants, does not only affect the quality of service provided but create a culture of collusion and corruption in government involving the employer (Cabinet) and employees (public servants), whereby politicians and public servants look after each other in government; you rub my back, and I’ll rub your back.

“With the public service firmly head-locked by the HRPP government, the recent massive increases in public service salaries and the party control over other institutions of government arms, the HRPP is bound to remain in power for many more years unless its systemic corruption of government is widely recognized and then rectified.”

“Opposition voiced in newspapers such as the Samoa Observer focuses on social and political issues, that have proved over the years to have had very little impact on a population that vote largely on considerations of families, customs, traditions, bribery and treating.”

“It however, leaves relatively untouched the root of the dictatorship problem and stranglehold on power the one party H.R.P.P. government has, that cannot be effectively addressed other than through the Courts, and an educated voting population that understands the undemocratic and dangerous political situation Samoa is in.”

* Polonius: “Though this be madness, yet there is method in’t.” 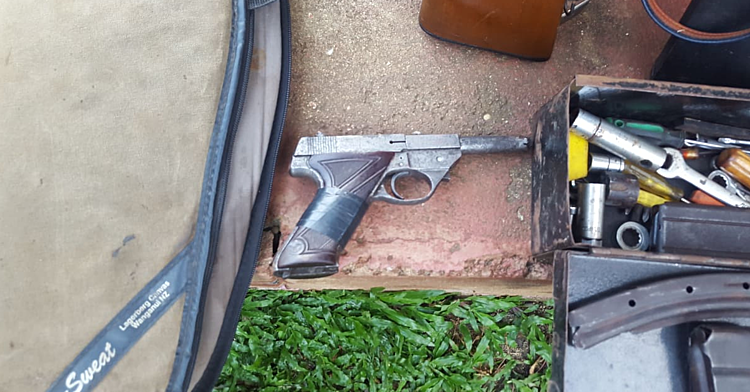