The confirmation was revealed in a press statement quoting the Ambassador Carsten Staur, Danish Ambassador to the United Nations in Geneva saying: “It is clear that Samoa is a strong democratic country built on the principles of the rule of law and clearly committed to implementing its international human rights obligations.”

Ambassador Staur led a C.T.I. delegation during a high-level meeting at the invitation of the government of Samoa.

Samoa is one of the 33 remaining States in the world that has not yet ratified the anti-torture treaty but has displayed a strong commitment to do so.

Samoa has accepted recommendations during its first and second Universal Periodic Reviews at the Human Rights Council to ratify the U.N.C.A.T.

The C.T.I. is a State initiative led by the Governments of Denmark, Chile, Ghana, Indonesia and Morocco that, through political cooperation with States, seeks to achieve universal ratification of the U.N. Convention against Torture (U.N.C.A.T.) by 2024.

During the visit, the C.T.I. delegation met the Acting Prime Minister, Papali’i Niko Lee Hang, the C.E.O. of the Ministry of Foreign Affairs and Trade, Peseta Noumea Simi, the Ombudsman, Maiava Iulai Toma, the Acting Attorney General, and representatives of civil society and the diplomatic community.

Discussions centred on opportunities and challenges for Samoa in addressing ill-treatment, and how U.N.C.A.T. ratification could build on existing initiatives and bring new ways to continually improve practices.

“It was a pleasure to discuss U.N.C.A.T’s ratification and implementation with key officials,” said Ambassador Staur.

“All countries face different challenges in relation to how people in detention are treated. Using the U.N.C.A.T. framework domestically to prevent and respond to ill-treatment would make good sense in Samoa.”

Just last month Samoa hosted the Pacific Islands Forum, and was one of the first countries in the world to sign the Treaty for the Prohibition of Nuclear Weapons.

“It is clear that Samoa plays an important role as a regional leader. Samoa also stands to benefit domestically from ratification of U.N.C.A.T,” Ambassador Staur said.

The delegation’s visit built on a joint C.T.I-government of Samoa workshop on U.N.C.A.T. held the previous week, during which government officials learnt more about the U.N.C.A.T. Participants jointly identified some of the strengths and challenges of implementing the treaty.

During the C.T.I’s visit, the delegation heard about Samoa’s ongoing work to improve good governance and access to justice.

For example, the recent separation of the police and corrections departments, the detention monitoring work of the Samoan Ombudsman, as well the successful establishment of a national mechanism for implementation, reporting and follow up (N.M.R.F.) for Samoa’s international human rights obligations.

“From our meetings we were heartened by the commitment expressed by the Government of Samoa, and the lack of apparent obstacles in law or practice to ratify this important treaty,” Ambassador Staur said. 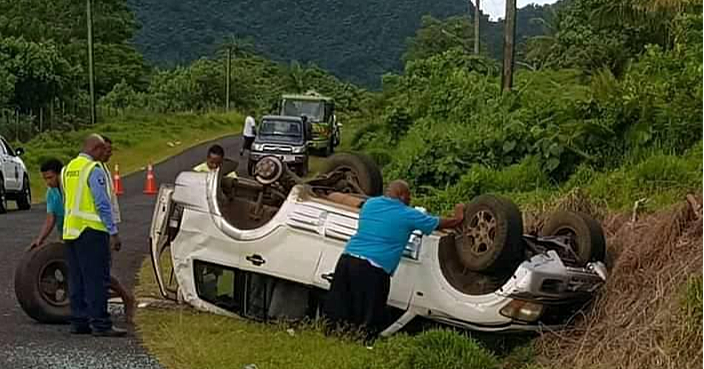