“The Samoa A has been crowned winners of the World Rugby Americas Pacific Challenge in Uruguay. But none of the players are in the Manu Samoa team for the Northern Hemisphere tour end of this year. Talaia Mika* asked members of the public if Samoa A players should be included in the Manu Samoa squad. This is what they said:

They should’ve picked players from the Samoa A because they’re Samoans and truth is, many of the local players are very gifted in rugby. But they are starved of opportunities to play more international rugby. Another negative side about this is that the Manu Samoa selection seldom reaches the rural area, which has a lot of very good players. They only get to showcase their talents when they come straight to Apia and play for the urban district games.

We have to priority to international players first, for they have history in playing rugby overseas. If not for them, our team wouldn’t have progressed. But I also look at how it’s going to discourage our local players, in terms of not using their talents, which is why the coach should think of mixing international players with local players. It can also advance the team in terms of their ages, when the others get old and the other players can take place to improve the team.

Our country should support Samoa A. I’ve learned that none of our Manu Samoa players are playing locally, which puts a question pointing towards the rugby managers on why this happened. It’s not helping our children to progress their talents in rugby because as Samoans, we must always showcase the talents we have around us. It’s not any country’s team but ours. International players don’t have the same teamwork and the Samoan spirit of our local players because they live in Samoa. The managers think so little of our local players.

Samoa A has defeated one of the strongest teams in the world. The thing is, we think less of these local talents we have around us. Another problem is choosing people they know outside of rugby, which was the major cause for the Under-15’s downfall as well. The international players playing for the Manu Samoa may be good but it would have been nice if we had a few players from Samoa.

It’s hard because the Samoa A players are new compared to the high caliber of international players who have been playing professionally overseas. It’s up to the selectors and managers to select the best but the theory is that the selection is based on the level of their talent, especially for international players since they have broad rugby skills, while our local players’ knowledge and skill is limited here in Samoa.

It’s up to the team management to select whoever they feel is right to play for the team. We have to put our trust in those managing the rugby team. They pick from who they know is more qualified to play for the Manu Samoa team. 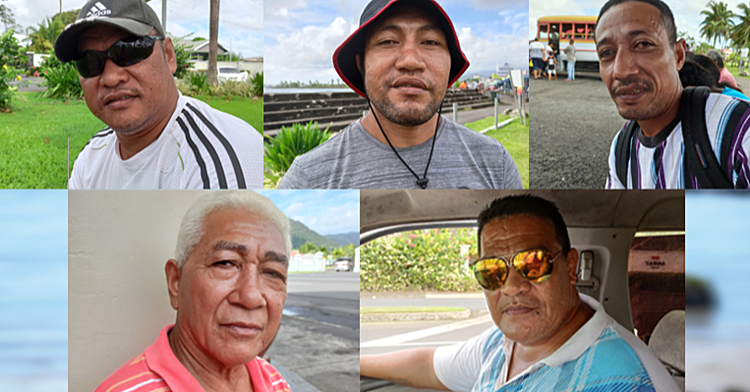 STREET TALK: Shopping on Sunday morning may come to an end if the Government makes state of emergency (S.O.E.) restrictions on Sunday permanent. Do you support this? Reporter Marc Membrere asked the public and this is what they said: