WASHINGTON (AP) — President Donald Trump said Thursday his administration has put Iran "on notice," echoing comments from his top national security adviser that the U.S. will act against Iran unless it stops testing ballistic missiles and supporting Houthi rebels in Yemen.

Trump and his national security adviser, Michael Flynn, didn't elaborate on what retaliatory actions the U.S. could pursue.

Trump tweeted, "Iran has been formally PUT ON NOTICE for firing a ballistic missile. Should have been thankful for the terrible deal the U.S. made with them!"

He added in another tweet: "Iran was on its last legs and ready to collapse until the U.S. came along and gave it a life-line in the form of the Iran Deal: $150 billion."

As part of the nuclear deal struck during the Obama administration, Iran received access to an estimated $100 billion of its own money that had been frozen in foreign bank accounts. The U.S. did not give Iran $150 billion.

Flynn on Wednesday forcefully denounced Iran's behavior in his first public remarks since Trump took office. He accused Iran of threatening U.S. allies and spreading instability throughout the Middle East while faulting the Obama administration for doing too little to stop the Islamic Republic.

"As of today, we are officially putting Iran on notice," Flynn said from the White House podium.

On notice for what, Flynn didn't say. Senior Trump administration officials said they were actively considering a "range of options" including economic measures and increased support for Iran's regional adversaries. The officials, who briefed reporters on condition of anonymity, declined repeatedly to say whether military action is being considered.

Iran's acting commander of the elite Revolutionary Guard, Gen. Hossein Salami, responded in comments to the semi-official Tasnim news agency Thursday, saying Iran will "never change direction by a world power's demand, and our missile and nonmissile power will be updated every day."

Salami added, "If our missile power was not such a power to put fear into the hearts of Americans, there is no reason for these controversies."

The warning was an early manifestation of Trump's promise of a tougher American approach to Iran. Yet administration officials emphasized that their allegations were unrelated to Iran's obligations under the Iran nuclear deal that President Barack Obama and world leaders negotiated. Though Flynn noted Trump has criticized that deal, officials declined to say whether Trump planned to follow through on his campaign pledge to renegotiate it.

"The Obama administration failed to respond adequately to Tehran's malign actions — including weapons transfers, support for terrorism and other violations of international norms," Flynn said.

The White House also faulted Iran for backing Houthi rebels in Yemen who on Tuesday claimed a successful missile strike against a warship belonging to a Saudi-led coalition fighting to reinstall Yemen's internationally recognized government. The media arm of the Shiite rebels said the vessel was believed to belong to the Saudi Arabian navy.

Administration officials said Iran was providing key support by arming, training and financing the rebels, with a goal of leveraging its relationship with the Houthis to "build a long-term presence in Yemen."

The White House said the goal in putting Iran "on notice" was to signal to Tehran that it needed to rethink its behavior. Flynn said Iran specifically violated the U.N.'s ban on "activity related to ballistic missiles designed to be capable of delivering nuclear weapons, including launches using such ballistic missile technology."

Iran's Defense Minister Gen. Hossein Dehghan confirmed Wednesday that Iran conducted a missile test, but did not say when the test was carried out or specify the type of missile. He insisted it wasn't a violation of U.N. resolutions.

The U.S. said the test was of a medium-range ballistic missile. It ended with a "failed" re-entry into the Earth's atmosphere, said a U.S. defense official, who wasn't authorized to discuss the matter publicly and spoke on condition of anonymity.

Reports of the test emerged after Trump signed an executive order last week temporarily suspending immigration from Iran and six other majority-Muslim countries.

On one point, the U.S. and Iran agree: The test didn't violate the nuclear deal itself.

Ballistic missile testing wasn't explicitly included in the 2015 nuclear agreement between Iran and six world powers. But as part of the final negotiations, Iran agreed to an eight-year extension of a U.N. ban on ballistic missile development. The U.N. Security Council later endorsed the agreement, calling on Iran not to carry out such tests. But Iran has flouted the prohibition regularly in the past year-and-a-half, drawing sanctions from the U.S. but also diplomatic cover from Russia.

At the request of the U.S., the U.N. Security Council held a session Tuesday to address the missile test. The council referred the matter to its committee on Iran and asked for an investigation.

Iran has long boasted of having missiles that can travel 2,000 kilometers, about 1,200 miles, putting much of the Middle East, including Israel, in range. Such capability would also put U.S. bases in the region in danger. Iran says its missiles are key to deterring a U.S. or Israeli attack.

In March, Iran test-fired two ballistic missiles. One was emblazoned with the phrase "Israel must be wiped out" in Hebrew, sparking international outcry. 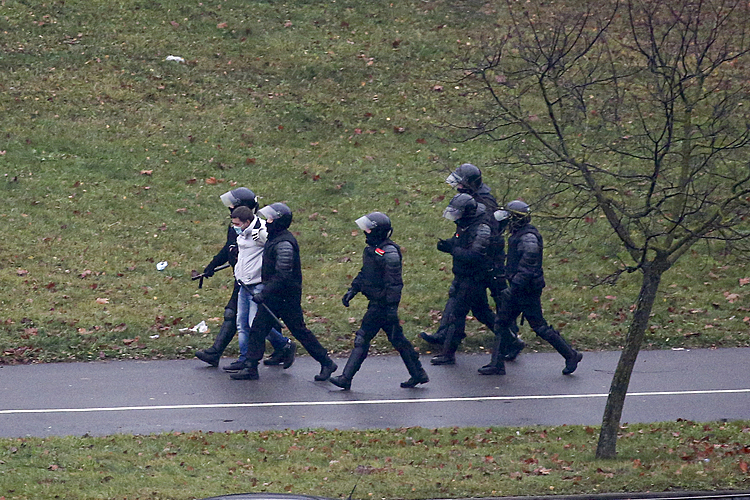 Hands on: Steve Smith feeling ready to take on India

Hands on: Steve Smith feeling ready to take on India