District Court Judge, Fepulea’i Roma Ameperosa believes there are more people involved in the skimming incident with the Bank of South Pacific’s A.T.Ms.

Two Chinese men have been convicted of stealing more than $70,000

His comments were made during the sentencing on Friday where Zhong Shuiming and Yang Quigreen were sentenced to five years jail.

The men were represented by lawyer, Alex Su’a with Lupematasila Iliganoa Atoa as the Prosecutor.

“There is a high degree of planning and premeditation,” said the Judge.

“These were no ordinary thefts and most likely involved others.

“You might have been the ones making the withdrawals but there was obviously a great deal of planning before you arrived in Samoa, and started stealing from the  A.T.M’s.

“It would have involved a fraudulent process obtaining identities and back data of overseas customers,” said Judge Fepulea’i.

He further noted the scheme involved the manufacturing of counterfeiting cards using information that was retained.

“It also involves you traveling all the way from China, with those counterfeit cards to an island where you have never been before and withdrawn numerous and substantial sums from A.T.M.’s of a bank within three days.

Following the hearing last month, Judge Fepuleai pointed out the defendants were initially charged with 16 charges.

However prior to the trial, they both pleaded guilty to four charges.

They were however acquitted of three theft charges, involving two separate withdrawals of $300 each and theft of $20,500. Total amount for these theft charges was $47,350.

During the hearing Shirley Pauga, Manager of the Retail Banking of the Bank of the South Pacific, told the Court the men targeted the A.T.M. at Matautu first.

“Matautu was the first machine where we had captured most of the cards (that had been swallowed).

“From there, we saw most of the transactions were rejected by the machine for the reasons that I’ve mentioned before like, invalid pins and so forth.”

The Bank then sent an A.T.M. Officer to investigate and he found footage of the two Chinese men.

“Te’i told us that these two men were also at Tanugamanono the previous day when they went to check the machine.”

She said they had recovered nearly thirty cards.

Shirley Pauga said the cards are different from B.S.P’s cards.

He is the owner of Dirgo’s Motel located at Matautu-Uta.

“On the 21st of August 2016 last year, three Chinese men came to rent a room at my hotel,” he said. “These two (pointing to where the Chinese men were sitting) and the other one (he left the country on the 23rd August).”

“They came and rented a room at my hotel, room number one and room number three.” Mr. Ping told the Court he wasn’t aware about what was happening until the Police arrived on 24 August 2016.

He said that he was still on the first floor when the police arrived.

“Then I went, got the keys and opened the door. Then the police entered the room and took their belongings,” said Mr Ping. 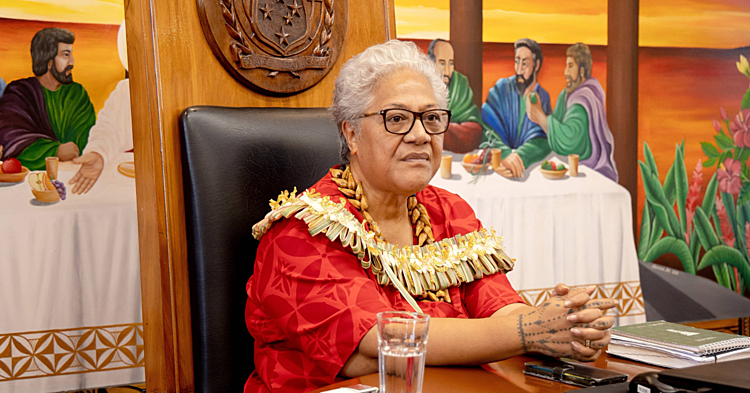