BEIRUT (AP) — The five-hour daily pauses in fighting in Syria's embattled eastern suburbs of the capital Damascus — laid out under a "unilateral" plan by Russia — are not enough to take in aid or evacuate civilians, a top U.N. aid official said Thursday.

Jan Egeland also said the U.N. Security Council resolution over the weekend calling for a 30-day cease-fire has done little to improve the situation in the rebel-held region east of Damascus.

"Since it was adopted, it did not get better — it got worse," he said.

Eastern Ghouta was among the first areas to rise up against President Bashar Assad's rule in 2011. The area was taken over by rebels as unrest turned into an armed insurgency, then a full-blown civil war now seven years old.

Egeland's comments came after the Russian military accused Syria's rebels of shelling a humanitarian corridor that Moscow set up with the Syrian government, offering residents of Damascus' besieged eastern suburbs a way out of the embattled enclave.

Russian President Vladimir Putin had ordered a five-hour daily humanitarian pause to allow civilians to exit the region. The daily pauses began on Tuesday but so far, no humanitarian aid has gone in — and no civilians have left the area, except for an elderly Pakistani man and his wife who were evacuated from the town of Douma on Thursday.

The Syrian Red Crescent confirmed it managed to evacuate the family to Damascus, handing them over to the Pakistani embassy. The Kumait news agency, close to the Army of Islam rebel group headquartered in Douma, reported that the man and his wife had been living in Syria for more than 40 years and were evacuated after months of negotiations.

Egeland, who heads humanitarian aid matters in the office of the U.N. Syria envoy, said the Russian plan for the five-hour pauses was "positive" but insufficient. He said that no aid has been sent to eastern Ghouta because "we did not get a single facilitation letter by the government."

"I know of no humanitarian actor ... who thinks that five hours is enough for us to be able to deliver relief into eastern Ghouta and to organize orderly medical evacuations out," he said.

He said a meeting of U.N.' s humanitarian task force for Syria earlier Thursday discussed the issue of: "Can we sit down now with Russia and others and see whether we can help make this pause/initiative meet humanitarian standards for a pause and a corridor."

The eastern suburbs — a cluster of several towns and villages on Damascus' eastern edge — have faced a deadly and brutal onslaught for weeks by Syrian government troops, backed by Russia.

The United Nations satellite agency said Thursday that an analysis of images showed widespread new damage in the opposition-held eastern suburbs of Damascus. The preliminary analysis conducted by UNOSAT of satellite imagery from the eastern Ghouta towns of Kafr Batna and Arbeen showed damage in a 62.5-square-kilometer (24-square-mile) area, with buildings completely destroyed or damaged since Dec. 3.

The analysis appeared to reflect the ferocious fighting that has occurred in the suburb over the past month.

Residents of eastern Ghouta say they do not trust the Russia-declared truce and the U.N. and aid agencies have criticized the unilateral arrangement, saying it gave no guarantees of safety for residents wishing to leave.

The eastern Ghouta residents also fear their region could meet the same fate as the eastern, rebel-held half of the city of Aleppo, where a similar Russian-ordered pause in 2016 called on residents to evacuate the area and for gunmen to lay down their arms.

The U.N. envoy for Syria Staffan de Mistura insisted that a government-led assault on eastern Ghouta must not devolve into a "copycat" of the bloody siege on Aleppo.

"We cannot afford to have the luxury of giving up. So any type of feeling that the U.N. is frustrated: Forget it," he said.

He added: "Otherwise, (this) becomes a copycat of Aleppo."

Russian Maj. Gen. Vladimir Zolotukhin told Russia news agencies earlier in the day that the militants who control the suburbs are shelling the route, manned by Syrian and Russian forces, and preventing evacuations.

State-run al-Ikhbariya TV reported that dozens of civilians had gathered on the edge of eastern Ghouta to leave, but were prevented by insurgents from reaching a crossing point into government-controlled areas.

The Britain-based Syrian Observatory for Human Rights said before the truce went into effect at 9 a.m. on Thursday, government shelling and airstrikes on eastern Ghouta killed nine people. The opposition's Syrian Civil Defense, also known as the White Helmets, said a total of 12 people were killed on Thursday.

State-run Syrian Arab News Agency, or SANA, said Thursday that a civilian was wounded by a mortar shell fired by the insurgents in eastern Ghouta at the Bab al-Salam area in the old city of Damascus.

The Russia-ordered pause came after a U.N. Security Council resolution calling for a nationwide 30-day cease-fire failed to take hold. While the relentless bombing has somewhat subsided in eastern Ghouta, home to around 400,000 civilians, the Syrian government's push to squeeze the insurgents out of the region continued.

Elsewhere in Syria, a convoy of 28 trucks carrying aid entered the northern Kurdish enclave of Afrin, where Turkish troops have been on the offensive since Jan. 20 against Syrian Kurdish fighters. The government-controlled Syrian Central Military Media said Turkish troops and Turkey-backed opposition fighters targeting the convoy near the village of Marimameen.

The International Committee of the Red Cross that carried out the operation with the Syrian Arab Red Crescent, said the convoy carried stuff including 7,450 food baskets, enough for 50,000 people, in addition to mattresses, blankets and diapers.

Ankara has said that Turkey would not suspend its military operations against the Syrian Kurdish fighters during the 30-day cease-fire demanded by the United Nations.

Turkish government spokesman Bekir Bozdag said Thursday that Turkish authorities read carefully the text of the U.N. Security Council resolution and claimed that it does not apply to the Afrin offensive since it excludes operations against terror groups.

Turkey considers the U.S-backed Syrian Kurdish People's Protection Units, or YPG, a "terrorist" organization connected to a Kurdish insurgency within its own borders. The YPG is a top U.S. ally in Syria in the fight against the Islamic State group.

Bozdag said the Turkish operations have not interrupted humanitarian aid and civilians have not been harmed in Afrin.

"An innocent civilian did not even get a nosebleed," he said. 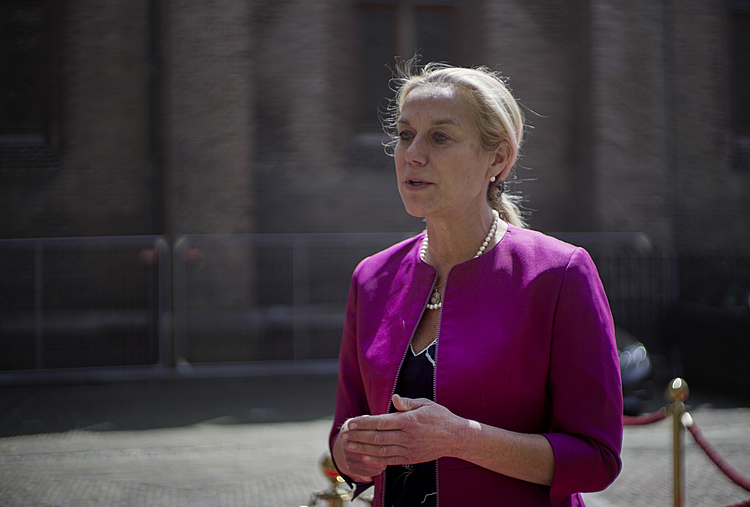 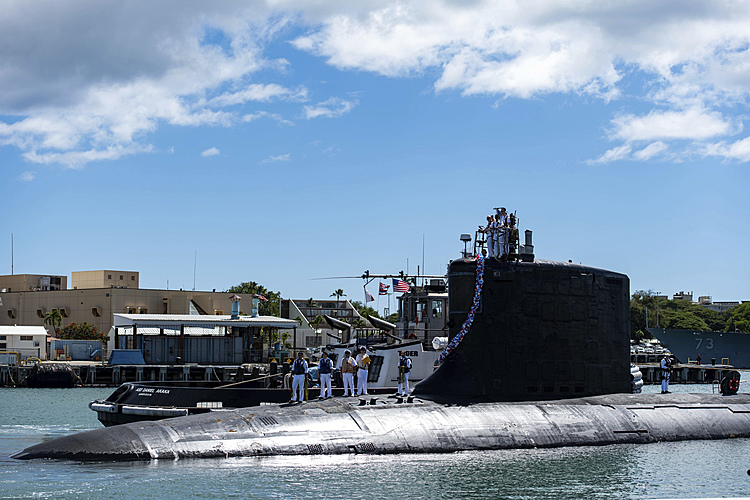 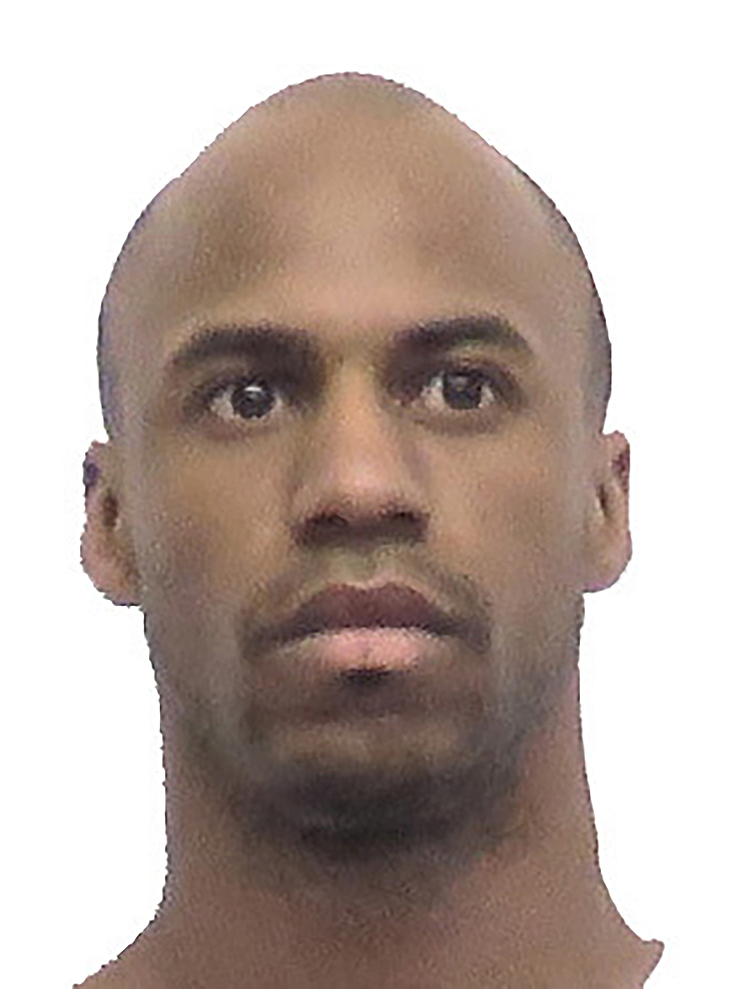