Carolyn and Kevin look very much at home lounging around the pool at Stevenson’s at Manase.

The Dear Tourist finds out very quickly that the couple have a rental suite there and that this is their seventh time to Samoa.

It explains their familiarity with just about everyone there.

“We love coming over here to Savai’i because we feel its unspoilt paradise. Life stands still,” says Carolyn.

“We discovered Stevensons on our first trip here to Savai’i nine years ago which at the time was just in the process of building the suites. Then the following year came up the possibility to get it as a rental which made it an affordable holiday for us through an exchange company which on-sold to barter card so we discovered it then.”

Fast forward to now, the couple just can’t get enough of Samoa, especially their paradise in Savai’i.

“We just love it here,” said Kevin who has some Samoan ancestry.

“The beauty of the place just keeps bringing us back. You forget about the hiccups and even though there’s been lots of different managers, each manager has left their mark making the place better and more beautiful.

“The other thing about this place is that the beach is long and even though there’s quite a few people here, you don’t feel like you’re on top of everyone. We know that we can guarantee the weather here everything is just an asset like the staff. They are incredible.”

Keeping a rental makes it affordable for the couple and their family to return to Samoa every year. They love the consistency in their experience and at their age says Carolyn, they really don’t have time or desire to experiment.

“It’s affordable for us and probably we wouldn’t be able to come over every year if we couldn’t get that special deal but I think I would still choose here as a holiday destination.

“The staff are incredible, they just can’t do enough for you. It’s casual over here, it’s not a market where you feel you have to dress up. You just have so much space here and there are beautiful gardens over the other side of the road here at Stevensons. We call it the garden of Eden.

“There’s something about this place and its character.”

Its pretty obvious to see that kiwi couple have a love affair with the place but while Carolyn and Kevin only have eyes for Savai’i’s Stevensons in Manase, they have discovered another place in Upolu that they’ve decided to stay at in case they have a lay over in Upolu.

“There’s a certain something about Savai’i and the main part of our holiday is always over here when we come to Samoa,” said Carolyn said.

“Because of flights coming in and having a separate flight to Auckland we sometimes have to stay in Apia for a few nights but we just recently discovered another beautiful place near the airport which is almost like a retreat, it’s called  “Ifiele’ele Plantation.” That’s where we will stay from now on if we have to do a few days in Upolu.” 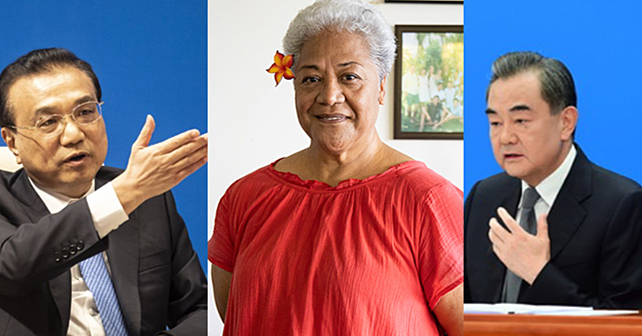