Members of one youth gang accused of vandalising properties in the Apia Township are truly sorry for their behaviour.

And to show that they are genuinely remorseful, members of the Original Blood Outlaws (O.B.O.) began a community project yesterday to clean up the mess they created through tagging and other means.

One of the businesses vandalised by the youths with the name O.B.O. tagged all over the wall received a fresh coat of paint yesterday.

From in front of the Princessa Hardware Store at Vaimoso, the youths began their work and continued on by cutting the grass on some of the village lands.

An employee of Princessa who was not authorised to speak to the media said she was glad to see something being done.

“I’m happy the village council has stepped in,” she said. “It’s good to see that they are helping to keep the youths in line.

“We did not lodge a complaint with police or even with the village and I was surprised to see that they have repainted the wall.”

One of the youths, who declined to give his name in fear of repercussion from members of the public, said they have learnt their lessons.

“We are truly sorry,” he said.

On Monday the youths were on their knees before the village council of Vaimoso begging for forgiveness.

Village spokesperson, Aulavemai Tafito Selesele said the village does not condone the formation of such groups.

“They have been forgiven but in moving forward if anything else comes up, it will not be tolerated and the village will deal with them,” he said.

“In the meantime, the village is gathering information and we have found that not all of them are from this side…we do apologise to the country and those that have been affected and had their properties destroyed by the children.”

Aulavemai added that the village has selected a special committee to patrol the streets at night. As for O.B.O, the spokesperson said the gang has been told to stop.

“They have been told that the gang O.B.O. can no longer be spoken of and will be erased starting from today,” he said.

“Some villagers have offered to fund the repainting of some of the businesses that had their properties vandalised by O.B.O. These youths will be repainting it.”

Aulavemai confirmed that the group is also known as Ola Po’o le Oti, which in English translates to “Dead or Alive.”

Prior to dealing with the gang, the Vaimoso Village Council met with the Police.

China ready to help with vaccines

The Chinese Embassy says the Chinese government intends to provide more vaccine assistance and bring hope to the fight against the COVID-19 pandemic. 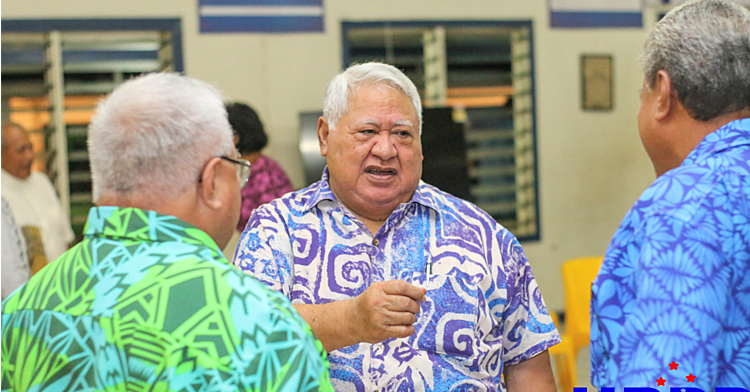