The Ministry of Police is working on improving its capabilities in order to communicate with the public through the media more effectively.

Police Commissioner, Fuiavaili’ili Egon Keil, said this in response to questions from the Samoa Observer, following concerns amongst media personnel that there continued to be delays by the Police media unit in releasing information considered critical to a developing crime story.

When Fuiavaili’ili was asked why there continued to be a lack of response to questions sent by reporters, he said the media should continue to email the Police spokesperson and Deputy Police Commissioner, Papali’i Monalisa Keti.

“Just email in your questions and they will be referred to the media unit,” he said.

He was then asked for his view on the Police Minister and Prime Minister Prime Minister Tuilaepa Dr. Sa’ilele Malielegaoi, making time for the media through weekly press briefing in his office at the Government Building.

But Fuiavaili’ili, in response, said: “As you know there are certain issues that we cannot say, and also we have the Facebook page that we update with information that is very critical, that people need to know, for instance the escapee over the weekend.

He added: “We immediately posted that information with their photos we feel the country needs to know, so we do everything to give out to the public as soon as possible, but there are also certain issues that we cannot discuss.”

Last year the Police Commissioner abandoned a weekly press conference, which was organised for local media organisations, and began using the official Facebook page of the Police to disseminate information.

Negotiations are underway between the Government of Samoa and the European Union (E.U.) over the country’s continued blacklisting as a tax haven, the Government says. 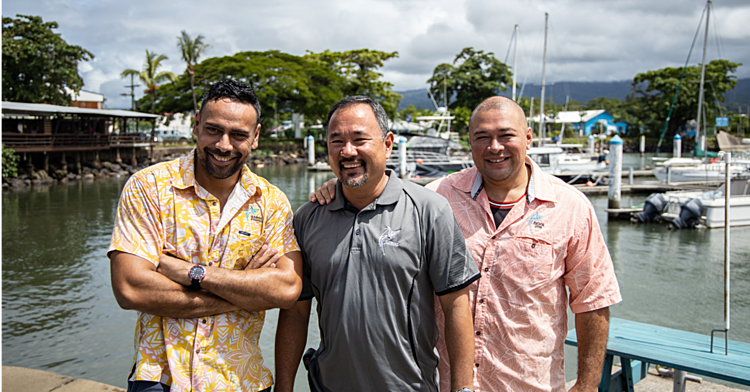 The Samoa International Game Fishing Association has re-elected Michael Rasmussen as its president during its 23rd Annual general meeting on Saturday.

Cabinet has delayed plans to ban the use of styrofoam containers by next week until the end of June.