The life of Oscar Pistorius: Triumphs and trials

PRETORIA, South Africa (AP) — Oscar Pistorius was sentenced to six years in prison Wednesday for the murder of girlfriend Reeva Steenkamp, a fall from grace for the world-famous disabled Olympian once held as an inspirational figure.

The 29-year-old Pistorius was led away to prison after a judge announced his sentence, which some observers criticized as lenient. Prosecutors can appeal for a heavier sentence, meaning this might not be the end of a three-and-a-half-year legal drama that has fascinated the world.

A look back at major moments in Pistorius' tumultuous life of triumphs and trials:

Pistorius is born with a congenital defect and is missing the fibula bones in his lower legs. Both his legs are amputated below the knees when he is 11 months old.

Pistorius is 15 when his mother, Sheila, dies at the age of 42. Pistorius later credits his mother as his biggest influence with her determination that his disability as a double amputee shouldn't hold him back from doing anything he wants to do, even running.

Still at high school, Pistorius takes up track as a means of rehabilitating from a rugby injury. Coach Ampie Louw discovers that Pistorius is a natural. Just eight months later, Pistorius competes at the Paralympics in Athens, Greece, and wins gold in the 200 meters, setting a new world record of 21.97 seconds.

Pistorius wins the 100, 200 and 400 meters at the Paralympic world championships and is by now the world's most famous disabled athlete, as well-known as any top runner.

With Pistorius turning his attention to competing against able-bodied runners in the biggest track meets, the International Association of Athletics Federations changes its rules and bans the use of his carbon-fiber running blades in such events. Pistorius vows to fight his ban.

Pistorius' first legal battle: He takes his case to the Court of Arbitration for Sport in Switzerland, sport's highest court, and wins. The IAAF revokes its rule that had banned him from able-bodied meets. Pistorius doesn't qualify for the 2008 Beijing Olympics, but at the Paralympics he claims gold in the 100, 200 and 400 meters. He sets world records in all three events.

Pistorius suffers serious facial injuries in a high-speed boat crash in South Africa. At the time of the crash, South African media reports that alcohol is found on the boat and that police are considering charging Pistorius, who was driving the boat, with negligent behavior. Ultimately, no charges are laid. Pistorius says years later that the accident was a stark warning to him that parts of his fast-living lifestyle were veering out of control.

Back on the running track, Pistorius makes history as the first amputee athlete to compete at the world championships. But having helped the South African team qualify for the 4x400 meter relay final, he's dropped for the big race. He earns a silver medal as the team, without him, finishes second.

The biggest moment of Pistorius' career. He competes at the London Olympics, where he makes the semifinals in his favored event, the 400 meters. There is high drama in the 4x400 relay as the South African team, with Pistorius, makes the Olympic final after an appeal. With Pistorius running the anchor leg, South Africa finishes eighth out of nine in the final but that doesn't matter to Pistorius, who has realized his dream of running in an Olympic final. Pistorius is chosen to carry South Africa's flag at the closing ceremony. A month later at the London Paralympics, Pistorius is beaten in the final of the 200 meters by Brazil's Alan Oliveira, a major surprise, and then complains about the length of Oliveira's running blades. For the first time, public opinion appears to be against Pistorius as fans label him a sore loser.

The world is stunned when news breaks on Valentine's Day that Pistorius has been arrested and charged with murder after his girlfriend is shot multiple times at his home in a gated community in the South African capital, Pretoria. Pistorius admits to killing Reeva Steenkamp, a model and reality TV star, but claims he mistook her for an intruder in the middle of the night.

Pistorius is acquitted of murder after a dramatic seven-month trial that is broadcast live around the world. He is instead found guilty of manslaughter for killing Steenkamp and sentenced to five years in prison.

South Africa's Supreme Court overrules the manslaughter verdict and convicts Pistorius of murder following an appeal by prosecutors. As he reads the verdict, one of the Supreme Court judges compares Pistorius' life to a Shakespearean tragedy.

Pistorius is sentenced for the second time for killing Steenkamp. This time, he is sent to jail for six years. His defense team says it will not appeal the decision, but prosecutors might. 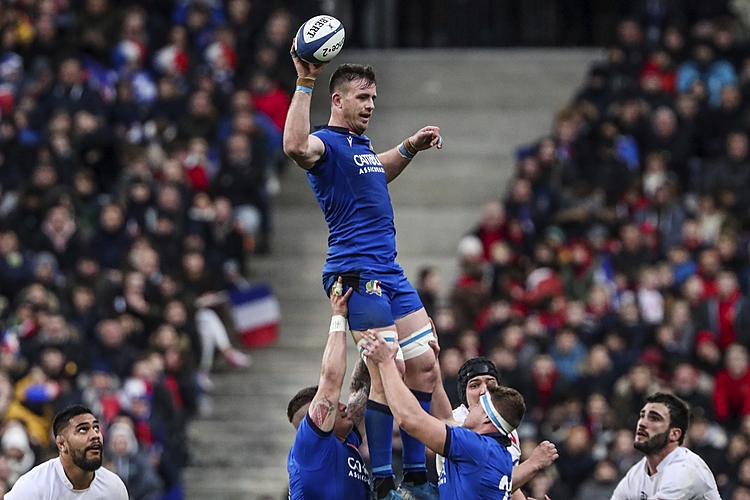 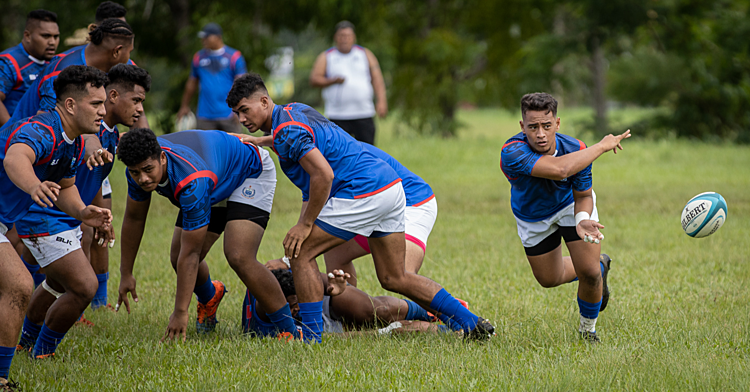 Baby Manu ready whatever the weather

Samoa Under-20 coach Falanaipupu Setu Tuilaepa has selected his team and built his gameplan to contend with not only their opponents Tonga, but potentially wild weather as well.