Tomorrow night, he will have the support of close to 200,000 fans in Samoa when he steps up against Carlos Takam in South Auckland.

The man from Faleula and Tapatapao is determined not to let Takam stand in the way of a world title shot against IBF heavyweight champion Anthony Joshua.

The unbeaten Lupesoliai (18-0-KO16) will face Takam (33-2-1-KO25) in an IBF final eliminator, live on Sky Sports, with the winner becoming mandatory challenger to Joshua. The fight will be televised by TV3 in Samoa.

“I have a lot of respect for Carlos and what he has done in his career. He has been in the ring with some big names," Parker said.

"I'm just excited to be challenging someone like Carlos, who is going to be a good name on my record, if I do beat him.

"A win gives me the chance to fight for a title. I have goals. I want to be the world champion and I'm not going to let anyone stand in my way."

Parker has undergone a lengthy camp with trainer Kevin Barry and is ready to display the punching power that has brought him 16 stoppages.

"This is a very exciting time for myself and the team. I'm really looking forward to May 21, and being in the ring, and showing everyone what we have been training hard for.

"Come Saturday night, we're ready to do what we have to do, and that's to get the victory."

Takam has new-found respect for his 24-year-old opponent, but has vowed to ruin Parker's perfect record this weekend.

"Before this fight I didn't know too much about Joseph Parker, but having done my research I do think that he is a great young boxer," said Takam.

"He has had a great career, but he is in my path and I'm here to win.

"I think with time he is going to be one of the best, but right now I'm here to win."

Power out for most of Upolu

Power is currently out for most of Apia, Electric Power Corporation has reported. The west coast is the most affected due to the weather conditions on Saturday afternoon. 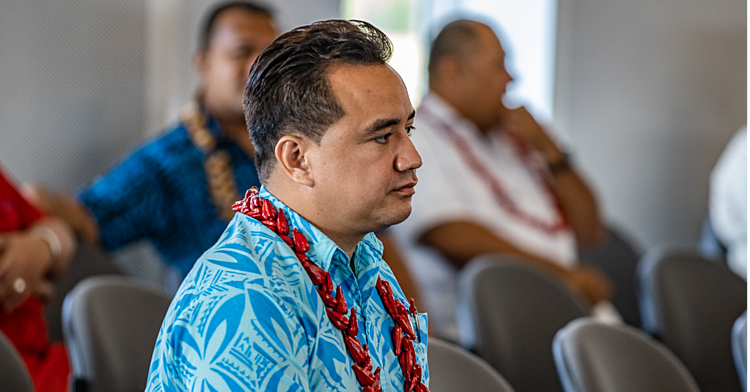 The Ministry of Finance (M.O.F.) is disputing claims that the Government is footing an annual bill of $30 million to insure its assets.