There is a huge imbalance between the cost of living and salaries in Samoa.

And it is creating “Samoan refugees” who would rather take their families to do menial work in other places like New Zealand to earn a better living.

So says Savelio Masoe who believes the government should consider revising remuneration rates to help people cope better with the cost of living.

“You know I think people leaving Samoa for the New Zealand quota and other schemes are Samoan refugees,” he said.

“They leave Samoa because they are seeking a better future in New Zealand away from the tough life here in Samoa.

The 64-year-old from Falelauniu shared his opinion with the Village Voice team yesterday. He was on his way to his work.

Savelio said the imbalance has existed for a long time and it is about time something is done about it.

“The fact is that the cost of living in Samoa is much higher than the amounts of money people are making every week, if you have a job,” he said.

“The cost of things here in Samoa at the moment is very high, that in some point is unaffordable to me given the amount of money I make from my work.”

Savelio shared that the cost of living is suitable for the first class people in Samoa. Senior government and private sector officials get good salaries and they are okay.

“I’m pretty sure the first class people here in Samoa like the Prime Minister and business owners are okay. They don’t have to worry about that.

“I have heard about the increasing salaries for government head officials and Ministries and I think that’s another imbalance. It seems they are the only ones whose salaries are rising while everyone else is suffering.”

Apart from incomes, Savelio also shared his thoughts about the taxing of Church Ministers.

“That’s just not right at all,” he said. “The government is trying to get money any way possible now for them and it is sad they are getting more money but the labour force is not getting a dime from that”.

Savelio said there are many people like him who are struggling to make ends meet. 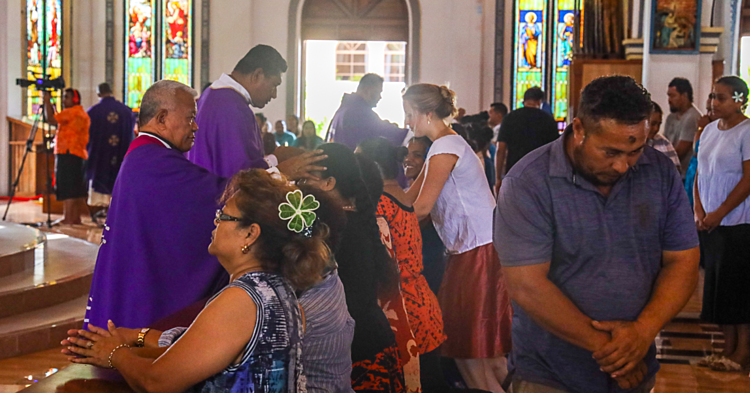 Two Government entities have co-hosted an awareness workshop on novela coronavirus for staff and interested members of the public.

American couple Masha Kleshcheva and Tony Evans said they searched for an authentic slice of life in the Pacific islands and settled on Samoa.