Local distillers and liquor distributors have been hit so hard by the Government’s 100 percent increase in excise tax on liquor – some of them have ceased production.

The increase excise tax on liquor came into effect in April and it is responsible for recent drastic increase in the cost of spirits.

Chiefs Vodka Manufacturer and prominent businessman, Va’atuitui Apete Meredith, told the Samoa Observer they have ceased production of their popular liquor products because they simply cannot compete in the local liquor market any longer.

As a retailer and a distributor, Liquor Planet Owner, Talei Lesa Ah Liki predicts that this law will kill the local manufacturers of liquor as the industry adjusts its cash flow and financial forecasts to abide by the law.

She said since the law came into effect, business has slowed down noticeably and that buying from local vodka manufacturers such as Talofa and Chiefs vodka has become near impossible to do because of the dramatic jump in price.

“To buy wholesale from Chiefs it was usually around the $30 mark and now it will be $60, which means that my customers that we do supply wholesale to are not willing to pay the price. Perhaps over time they will get used to it but it’s such a big increase,” she said.

Mrs. Lesa Ah Liki added their stock for Russian vodka and Talofa spirits vodka is not moving and so far their Chiefs range is still being used by local bars to mix their cocktails because it’s affordable.

The explanatory memorandum for the Excise Tax rates Amendment Act (No.2) 2018 quotes that only local produced spirits are affected by the tax increase.

However, according to confirmation from Liquor Planet and Chiefs vodka, the 100 percent tax increase also now applies to imported liquor.

The new development came from the M.O.R. who cited compliance to a World Trade Organisation (W.T.O.) rule.

“In the beginning we all thought that it was only going to apply to the locally made alcohol but then we were told it applied to everyone,” said Mrs. Lesa Ah Liki

She adds that with the new price hikes on both local manufactured and imported liquors, Samoan brands such as Talofa and Chiefs, who make midrange premium liquor in Samoa, will struggle to compete with both cheaper liquors as well as premium imported alcohol.

“I spoke with some people in the bar and hotel industry who normally use Talofa and Chiefs liquor as well as imported alcohol for their cocktails and the feedback I got was that it’s better to buy imported than to buy locally made because you’re almost paying the same price but getting a premium product."

“Business is slow as it is and with this 100 percent increase in tax, it’s just got even slower. I think the only people who continue to buy these imported products will be the bars and the resorts. The locals will think twice about it.”

General Manager for Taumeasina Island Resort, Nathan Bucknall told the Samoa Observer that they have not increased rates yet because they bought a lot of stock such as imported alcohol before the law change to give themselves a buffer.

However, he confirms that they will inevitably have to pass on the extra costs to the consumer.

“I don’t think it will affect the frequency of customers but it will affect how much or more so how little they will drink, which won’t be too good for us.”

He added it would have been a good idea to consult the industry as well Chamber of Commerce.

Asked how the liquor and hospitality industry would counter the losses going forward, he said: “They will have to look into being a bit more innovative with their marketing perhaps changing their happy hours.”

As for retailer and distributor Liquor Planet, Mrs. Lesa Ah Liki says they will have to adjust by sticking to the basics and cut down on bringing in the fancy stuff because it’s too expensive.

The problem with that, she points out, is that the businesses and consumers are losing out.

“We are losing out on sales because of less income and the customer loses out on the pleasure of having a choice. It’s a shame that the majority of people who are responsible drinkers suffer for the actions of a few.”

Liquor Planet has put up their prices on the new stock that they have received but there are still some old stock selling at the original price.

All retailers and manufacturers have been given until July 1 to sell the old stock before removing them from their premises. 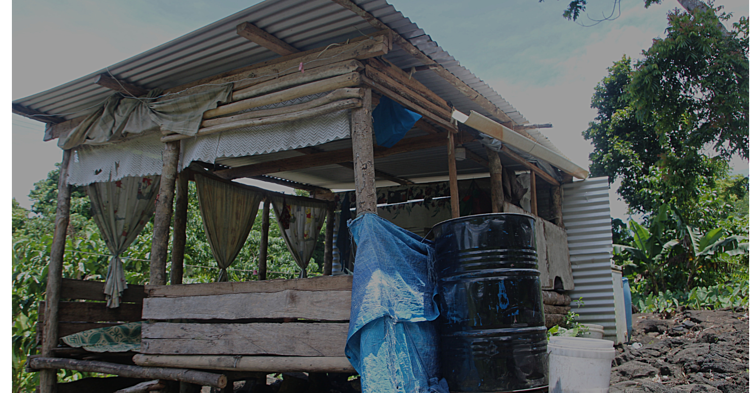 People can live without electricity. But without a steady supply of water, life can be really tough. That is the reality for a family-of-four living on the big island of Savai'i.