And it’s a record performance achieved in a period of 11 months with a month to go before the end of the current fiscal year, the Minister of Revenue Tialavea Tionisio Hunt told Parliament during the current Budget Estimate debate.

And the credit applauds Tialavea goes to Chief Executive Avalisa Viali Fautua’alii and her staff including the night watchman.

“And I urge the CEO and the Ministry not to be complacent as the country is depending on them to collect the needed revenues to fund the government’s operation which is benefitting the country,” said the Minister.

The Ministry’s success is attributed to a number of reforms implemented since Tialavea came onboard as Minister.

This includes the strengthening of revenue collection, through a thorough review of compliance measures to ensure everyone is paying their fair share of tax.

“This,” says the Minister “has helped M.O.R to retain the tax burden as low as possible while raising the revenue we need.  “For the same reason, the Ministry is reviewing the exemptions and concessions that are in place in our current taxation arrangements to ensure these are justified and that they are not being used just too unfairly avoid paying tax.”

He added the unpaid taxes from past years are also under the microscope.

“We are vigorously pursuing payment of back taxes where there are arrears and we are now looking at the imposition of penalties where there is no justification for these arrears,” Tialavea continued.

“We are also carefully reviewing the current tax credit arrangements allowed to larger companies with a view to ensuring that our revenues are spent in line with our national priorities."

“If we change the current scheme we will make those changes prospective and grandfather the arrangements currently in place.”

He said that the government approach is to identify responsible and affordable measures to raise additional revenue and find savings from within Ministries and Agencies, while protecting front line delivery of services.

“At the end the day, it’s not just paying taxes owed to government as prescribed by law but also avoiding any new tax increase that will burden the entire country for the sake of irresponsible taxpayers looking for ways to avoid paying their dues.”

The Robert Louis Stevenson School at Tafa'igata launched a garden project on Friday, to encourage students to live heathy during COVID-19.

A family of three has shared their daily struggles of surviving without electricity, water supply and sleeping under a leaking roof. 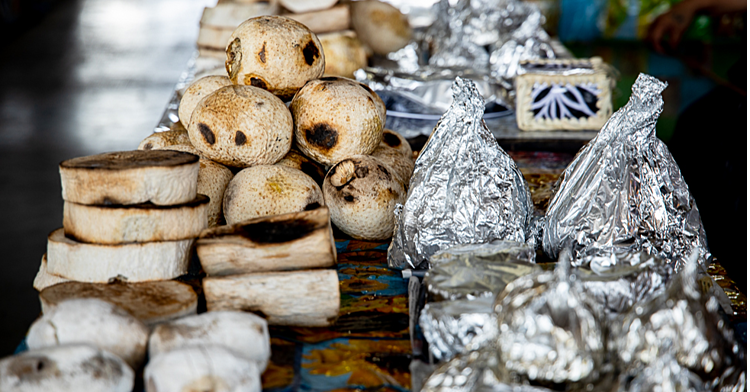 One quarter of Samoans' nutrition substandard

New analysis of local income and spending data has the Food and Agriculture Organisation worried Samoa’s food insecurity and health is worsening.