A retired teacher from Malie, Sala’ilua and Riverton, Utah, has hit out at parents who treat their children like slaves, making them stay out late at night to beg and sell goods on the streets.

Ruta Lealaitafea-Westin told the Samoa Observer the practice is child abuse and Samoa must not allow it to continue.

“Kids need to be in school rather than being bread winners of their families,” she said.

Mrs. Westin, who had been teaching for more than 20 years at Granite City School, is in the country for family commitments.

But she has become increasingly concerned at how some parents allow their children to stay out late at night as part of 'child slavery.'

She said when she spoke to some of the street vendors; they told her it was paramount for them to sell all their stuff before going home otherwise their parents would beat them.

“When I see these young people on the streets when they should be in school, it breaks my heart,” she said.

“What I am seeing here in Samoa is parents pushing kids to go earn money and they stay home."

“They are kids and they are students who need to go to school to get educated and then they can help their parents and family in return."

“That is a long-term vision, but if parents don’t understand that, then all they are thinking of is making money today. Parents should understand that when their children graduate from high school, college and university, they would be able to make much more money.”

She added parents are losing focus on their role as parents.

“I think they are expecting the children now to earn money for them, but that’s not the child’s role, that’s their role as parents,” she Mrs. Westin said.

“The parents work is to provide and that’s their job, but I’m seeing a reverse cycle."

“I see a lot of parents just sending their children out, but what bothers me a lot is when I see the children still out late in the night.”

She said just last week four children approached her at her home at Malie.

“At 10.30pm four 12-year-old kids came home trying to sell some kind of chips and they said they can’t go home until they’ve sold these four things,” she said.

“So we bought it for them because I don’t want them to hang out until 10.30 because that’s way too late."

“What about homework, what time will they be able to do their homework and how can they ever be successful in school if they don’t do homework."

“It just bothers me because I don’t understand how parents today can do that, because to me that’s child abuse."

“When you force someone to do something because that is not their responsibility then to me that is child abuse.”

Mrs. Westin says her other concern is young girls and boys staying out late in the night.

“There are predators out there and people are really bad these days,” she said.

“They can do a lot of bad things to these little kids and how can they defend themselves and if something happens, who is then responsible?

“And can you get that back once the damage is done to these kids?

“Those are the things that parents need to think about, what the Government should think about.

She said as an experienced teacher, entrepreneurship is just a waste of time.

“Entrepreneurship is garbage to me, not at this age,” she said.

“It’s when they finish high school and maybe experiment entrepreneurship, but not right now.

“This is the time for these children to learn and most especially to enjoy being a kid.

“So I am totally against this. There should be a law that should stop these kids from selling.

“They should be focusing on school, take time to do homework and stay home and do family stuff and let them be kids please.”

She also recalled that back in the days, parents never sent their kids to sell.

“Back in the days parents worked, they worked hard in the plantation and sell stuff to earn money, they didn’t send us to go and sell,” she said.

“But even if they did, they would tell us to go to people that they know, but not to some strangers on the street.

“I really strongly hope that our Government will take this seriously.

“They should mandate that all these kids should be in school and that kids at certain age should attend school.”

She said the problem lies within the Government and the solution is with them as well.

“This is the Government’s job to either raise the minimum wage because how can the people live on $2.30per hour that is below poverty level,” Mrs. Westin said.

“Why are the kids trying to solve the adult’s problems, it’s not their responsibility.

“And yes people are attracted to small children and that is why parents use their children because people tend to feel sorry for the children.

“But that is abuse that is total abuse.

“They (parents) can’t do that and if they do really love their children then send them to school so that they can get the education they need.

“It may take a while because there will be few years of school, but it will be worth it in the long run.”

She urged the parents not to settle for what they have now.

“Honestly, education is the key to getting any good paid jobs, so yes right now, it’s difficult and lots of people are struggling but the Government needs to deal with that.

“As a teacher, that is what I tell my students ‘look, your parents worked hard for you to be here and so it’s your job to work hard here so your family can be successful in the future’ and that is how it needs to be.

“I really don’t want to see these kids out in the streets at 10:30 at night trying to sell stuff.

“Why? I mean anything out of fear is not worth it.

“If we encourage kids to go to school, the future of those families will be a lot more prosperous, happy and successful.

“But please don’t let the children solve your problems the parents, government, education sector need to fix it.” 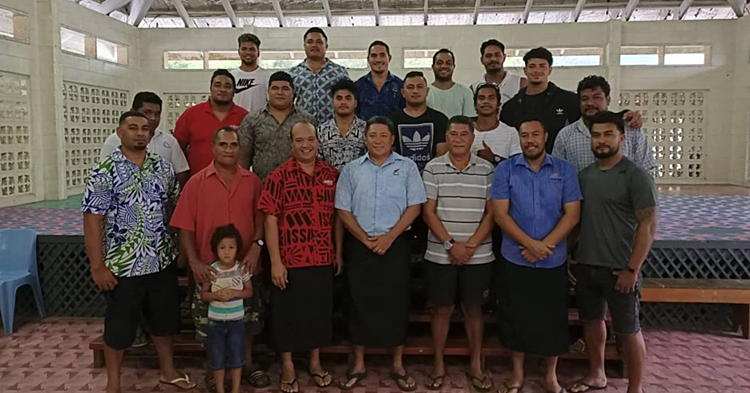 The Moamoa Roosters hockey team has vowed to turn a new chapter this year in terms of their performance.