The runner up team, Apia Maroons was able to put up a great game for the Australians, with final points at 14-12.

Captain for Queenslander Samoa women’s team, Kristine Vaalepu said they dedicated their achievement to their families.

“Just really grateful for the opportunity and this is definitely dedicated to our families back home in Queensland especially here in Samoa.

“We wanted to put on a good show for them just to showcase what’s on offer for the women’s game,” she said.

Kristine said the team was chosen in October last year and have been preparing since that time.

Tournament director, Laulu Lafao Leauanae, said he was impressed with the Queensland teams’ efforts all throughout the tournament.

“Were also grateful for the girls’ tournament they dominated the ladies’ pool and today we’re excited and so proud of the boys too,” he said.

The Queensland Samoa women’s team consisted of 13 players and about 6 members of their coaching staff.

Rugby League Samoa President, Tagaloa Fa’afouina Su’a wished to thank the Queensland Teams for their efforts to participate in the league.

“We also thank the Queensland team president, for the efforts shown and for them to bring both teams; women and men, about 80 plus all together.

“We know it was not easy and so we thank everyone for coming, we appreciate it very much,” he said. 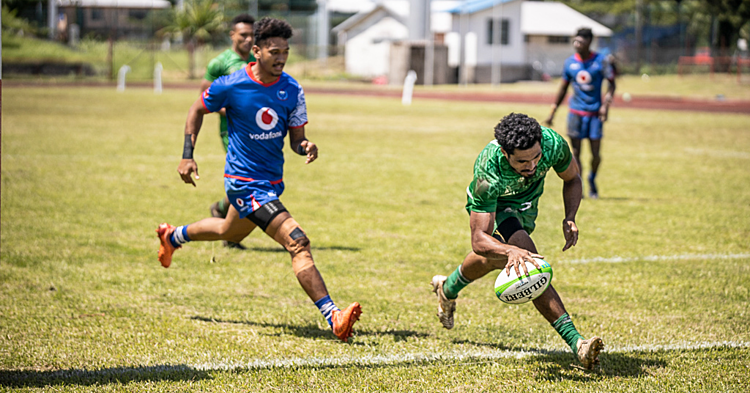