Men must break silence, speak out against violence

The Director of the Centre for Health and Social Justice Programme, Satish Kumar Singh, believes there is essence in engaging men to achieve gender justice.

Based in Delhi, India, Mr. Singh is in Samoa this week for the Breaking the Cycle of Violence Conference being hosted by SVSG.

“We can understand the issue of masculinity, violence and gender roles, which many times are not supported by men – but if men want to be part of the solution then they shouldn’t be part of the problem,” he said.

With more than 35 years in the field, Mr. Singh has spent the last 20 years on one agenda which is engaging men and boys for gender justice.

“Many men are not violent but they are maintaining silence, so thee need to openly speak to other men and boys that ‘I am not going to support violence against women or any form of violence’.”

A big part of his work involves providing training for men of all levels.

“Engaging men is the essence here,” he said. “If we do not; we cannot follow the confrontational path of getting the justice because men and women have to live together, they also have to love and respect women and how to listen and particularly applies to women too.”

Being a founding member of Men Engagement Global Alliance in 2005, Mr. Singh has built strong networks to address stereotypes regarding men and domestic violence.

“Men are always propagated through film and media to be macho and a violent man, neglecting and controlling man; particularly in south Asia, if the man is very silent, cooperative, supportive and emotional then they’re not considered as a good man,” he told Samoa Observer.

“Certainly, in such sense, men are influenced to accept the toxic masculinity through performance to control the world, community, nation, families; that needs to be changed and stopped. Men need to support each other also; emotionally, ideologically, physically so they can change the social norm.” 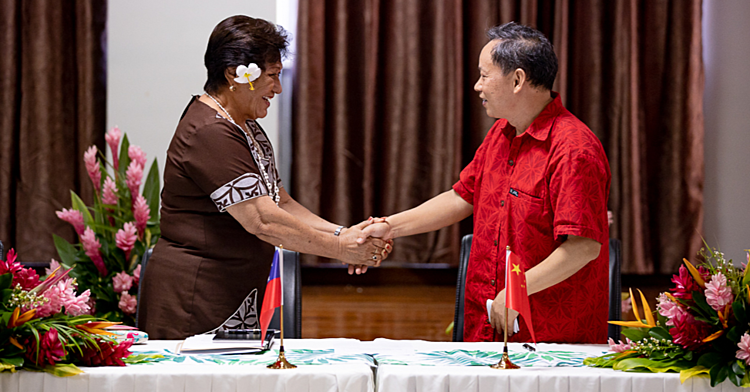