The National Council of Churches and the Congregational Christian Church of Samoa (C.C.C.S.) have declined to comment on the latest move by the Government to collect unpaid taxes from Church Ministers’ directly from their personal bank accounts.

“This is a sensitive matter so we will not comment on it as it will only do harm than good,” he said.

Repeated emails sent to the C.C.C.S’s General Secretary, Reverend Vavatau Taufao, on what actions the church will take to deal with the Government’s latest move, have not been answered.

In the meantime, the Minister for Revenue, Tialavea Tionisio Hunt, told the Weekend Observer that the C.C.C.S. Church Ministers refusal to pay their taxes has forced the Government to seize funds from their personal accounts.

“The salary assessment conducted by the Revenue Officers of church ministers’ alofa resulted in the $5,000 taxes due for the last six months -January to March,” he said.

“The seizure of funds is for each and every church minister who has not filed their monthly taxes.”

Tialavea also made it clear the seizure of funds is permitted under the Income Tax Act.

This was echoed by Prime Minister Tuilaepa Dr. Sa’ilele Malielegaoi who said the Ministry of Revenue does have the power under the law to take money and assets from anyone who owes taxes.

“That is why the Church Ministers must allow their church officers to remove the taxes before the alofa is handed to him,” Tuilaepa said.

“It is that simple as I am certain that once the Church Ministers get their salary or alofa they won’t want to pay taxes.

“I mean I would probably do the same if the treasury did not deduct taxes before I get my salary,” said Tuilaepa, laughing.

He urged the church ministers to take make it simple for them and leave the responsibility of paying taxes to the church officers. 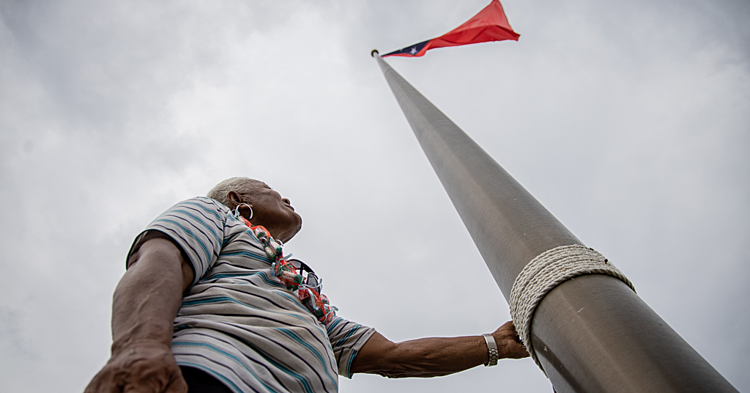 In 1962, Ueli Tapu was only a teenager. A seventeen-year-old who followed his village elders to Apia where the flag of Samoa was raised for the first time.

Mother of seven, Noluama Fetausiai, and her family have been on the move since they were evicted by the authorities from their village three years ago.

Through S.A.B.S., an investment of the Samoan Government to improve access to finance for agribusinesses, Sala was able to buy an excavator for the clearing of land and turning of soil for his plantation, plus the eliminating of the African Tulip from his land.