Let’s face it folks. Scott Brown was never going to be your average diplomat.

The Ambassador of the United States of America to Samoa and New Zealand made that quite clear from the moment he arrived.

Shortly after the pleasantries when the Head of State accepted his letter of credence at Vailele as the United States man in Samoa, Mr. Brown did not hold back.

How can we forget his first press conference when he unapologetically attacked people who are anti-Donald Trump’s climate stance before turning on China?

Now we are not diplomats and we don’t know what diplomats should and should not say on their first week on the job. Perhaps some diplomats themselves might like to enlighten us on the basics of what you should say or not say in your first week in a new country.

But we know this much. Spewing venom on people who are hurting as a result of Donald Trump’s lack of care about climate change and then turning on China – whom if he hadn’t noticed – has helped Samoa and many other Pacific countries in many ways for the past many years, is probably not how you want to start.

And yet that’s precisely what happened when Mr. Brown arrived.

Now let’s rewind to his first press conference in Apia where he defended the decision by the United States President, Donald Trump, to withdraw the U.S. from the Paris Climate Agreement.

“I don’t believe that the President has closed the door on Paris,” said Mr. Brown. “He has felt that we’re not getting a fair deal paying billions of dollars.”

Here is a new man who has just come to Samoa and the Pacific where people are literally dying from climate change. And the first thing on his mind is money?

But hang on. It gets considerably worse.

While on one breath he defends the U.S. President’s decision to abandon the Pacific to their own demise in terms of climate challenges, Mr. Brown then had the nerve to around and blast China, accusing them of destroying the coral reefs.

He said China is completely decimating “corals, dumped concrete destroying sea life, destroyed the reefs that are quite frankly exceedingly vital to the survival in this part of the world.

“Have you and anyone that you know said anything about that?” he asked the media.

“We are getting a lot of grief for not signing an agreement when we’ve been leaders in this issue for 50 years. We just don’t agree with the way that is happening right now. We want to get a better and fair deal.”

“But I would ask you to ask the folks who are dealing with destroying the South China sea and the coral reefs which we all care so deeply about, like what’s up with that?”

Now why are we talking about Mr. Brown today?

Well the U.S. Ambassador has been making headlines all over the world during the past few days over his behaviour at a function in Vailima during the same trip. As a result he was investigated for comments he made to women and a waitress whom he allegedly told that she could “make hundreds of dollars” as a waitress in the United States.

Again we stress that we don’t know whether or not diplomats are allowed to say such things. From where we stand we see nothing wrong with the comments if they were intended to be compliments delivered honestly.

But obviously other people haven’t.

They feel offended by what he said so that they have described the Ambassador’s behaviour as “shocking”, “culturally insensitive”, “rude” and “undiplomatic.”

“A lot of people were really upset by the tone of his speech that night,” said one attendee. “He was rudely shouting everyone down. After the speech I was so put off I didn’t approach him. I wanted no personal contact with him.”

Another former Peace Corps volunteer who attended the party told the Guardian: “I know someone who works at the US embassy … and he said Scott went totally off the book [in the speech].

“He said something like: ‘When Kennedy started the Peace Corps 100 years ago’, so it seemed he didn’t really know what he was talking about.”

Well that little statement just about sums it up. He needs to know what he is talking about first.

Which is a lesson for everyone – not just diplomats – that when you are new to a place, you might want to zip your mouth, observe, learn as quickly as you can before you say something.

Otherwise you are going to come off looking like the biggest idiot on the face of the planet.

Come to think of it, the only consolation for Mr. Brown is that when it comes to climate change stupidity and insensitivity to others, he is spared the “biggest idiot” title since his boss and U.S. President Donald Trump continues to do a stellar job holding that trophy firmly. 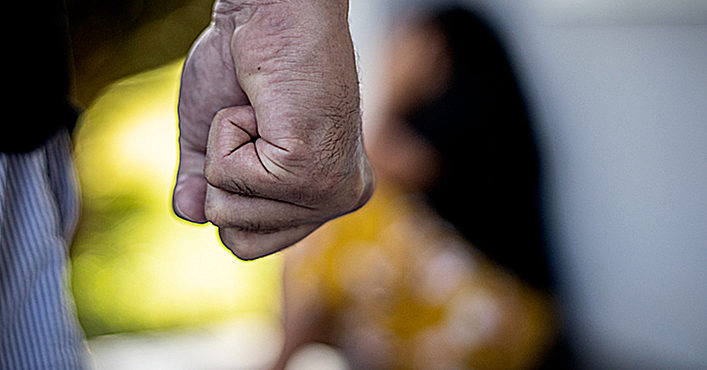