A gun submitted before Court as an exhibit, which has disappeared, is part of evidence in the hearing of a criminal charge against a suspended Police Officer facing firearm charges.

This was confirmed by the Deputy Registrar, Ve’atauia Faatasi Puleiata, yesterday.

He told the Samoa Observer the matter has been referred to the Police.

“The gun is a rifle and it’s a long gun,” he said. “It’s impossible for anyone to remove it during the day.”

The hearing of the suspended cop has been scheduled for 22 September 2017 for the Court to render its decision.

The suspended Police officer entered a not guilty plea to 10 criminal charges against him - including the discharging of a firearm.

Last week, the Chief Executive Officer of M.J.C.A, Papali’i John Papali’i, said he is extremely concerned about the missing evidence.

The Ministry of Justice and Courts Administration immediately launched an internal investigation to find out how the gun disappeared.

“Our investigation was not successful and given this is a crime, removing evidence entrusted to the Court, the police was called in for a criminal investigation,” said Papali’i.

In the meantime, he told the Samoa Observer evidence is now locked away in a safe place with only one key.

“I have that key and it will not leave my sight,” he said. “All the exhibits that come in will be handed over to me for safe keeping to ensure this issue is not repeated.”

Police Superintendent, Logotino Filipo, the Police Media Spokesperson confirmed the have taken over the case.

“It is confirmed that an investigation has been launched earlier this week. I cannot comment further while the investigation is proceeding,” said Filipo. 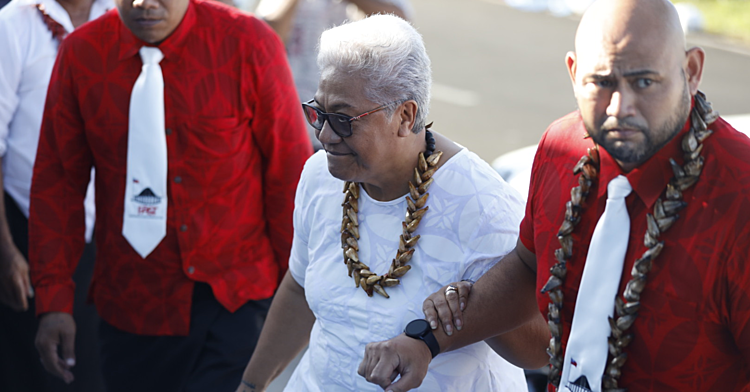