The storage of quality medicine for better health care which will lead to longer and more fulfilling lives, will be the outcome of a new Ministry of Health building, according to the Australian Minister for International Development and the Pacific, Concetta Fierravanti-Wells.

It was reason to celebrate at the Ministry of Health on Monday when the official opening of the new Pharmaceutical Warehouse at the M.O.H. building at Moto’otua, took place.

Designed by Stevenson & Turner and Tinai, Gordon and Associates, and built by the Ca’bella Pacific Construction Samoa Ltd, it has been almost a year since construction began on the 12.9 million tala project.

During the Prime Minister, Tuilaepa Sailele Malielegaoi’s speech, he said this year has been a special year for the M.O.H. because there have been many new projects including the opening of the Tuasivi Hospital, Savaii.

“This warehouse was built specially to store vaccines and medicines for the Moto’otua Hospital, Tuasivi and other district hospitals in the country,” he said.

“This project has been in the pipeline for some time now but there have been some challenges faced by the Ministry including a shortage of staff.

The warehouse is air conditioned with emergency generators, a ventilation system, a fire system to connect with the Fire and Emergency Services and a freezer to store vaccines and medicines.

The project was funded under the Health Swap which includes Australia, New Zealand and the World Bank. Concetta Fierravanti-Wells congratulated the Ministry of Health and the government for achieving another milestone.

“One thing I want to make clear was that this is the work of many hands and we achieve more when we work together,” she said.

“The state-of-the-art facility will contribute greatly to saving lives in Samoa.

“It has been designed and built to keep vaccine and medicine stored at the right temperature so that they maintain their life-saving cogency.

“It will enable Samoa to purchase pharmaceuticals in advance and in larger quantities thus opening up the potential to save time and money.”

She said that the project will assist in reducing shortages of drugs and ensure that public confidence is maintained in the health system. “This facility will also be an important store of emergency supplies throughout Samoa and the region during natural disasters,” she said. “We all know that quality medicine makes for better health care and that better health care makes for longer and more fulfilling lives.

“So congratulations on completing this project to such a high standard.” 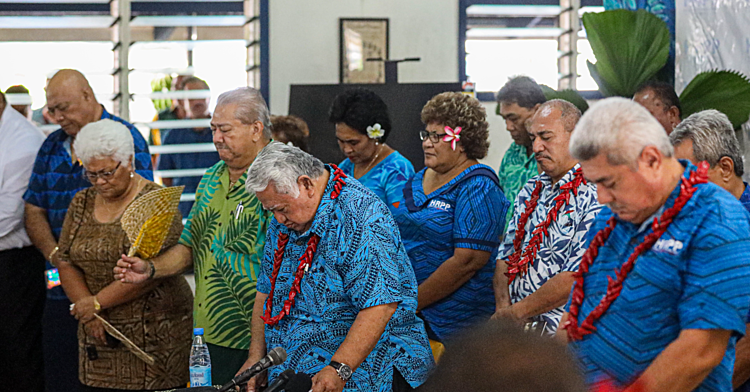