Parker or Joshua: The questions

What is your view on the fight between Lupesoliai La’auli Joseph Parker and Anthony Joshua? Who do you think will win the much anticipated battle? Nefertiti Matatia asked in today’s Street Talk and this is what people said:

One thing is certain and that we will never neglect our own people, the ones who are going out into the open representing our homeland. We are all with Parker and whatever challenge that he will be facing and no one in our nation would cheer for someone who is not from here. With the hopes that we have with this young boxer, we rely mainly on our heavenly father for His support, strength and guidance. There are many other children from this nation who are talented boxers. The secret in winning is hard work.

Fitness is everything that is required with this sport, if Parker is slow and he is not fit then we have to accept the outcome of this fight. If Parker is very fit, the harder his punches will be, the possibility there is for a knockout. Overall the main focus that he should have in mind is God because when we are out of energy, He is the source of strength in times when we cannot even find solutions. Never depend on what we can do, but look to God; He knows what is best for each and every one of us. Both of them are bringing their A game to the ring so it is going to be a tough fight. I think that Parker would win by points.

Being a Samoan means a lot to the many of us and we always take pride in our nation. Without any doubt, our whole country would rally behind Joseph. We support him and hopefully he will win a good fight and God’s name be praised for his win. I know he will win and with God by his side, nothing is impossible. Anthony is strong and we have seen him fight, but I trust that Joseph would definitely do great.

In my opinion, Joseph Parker will win. There is no Samoan person that would go for another boxer who is not from the same homeland as I am. To win depends on his training. Just by watching Joseph fight, I think that he is fast and quick in the ring, but Anthony is strong, that is the difference between the two. So for Parker, he should come fully prepared because if Parker is going to win, then it is by points if Anthony wins, then it will be through a knockout.

I am the one who supplies Joseph’s necklace; we go to the same church so I fully support Joseph.  Go Joseph, I know you will do us proud. He should not lose hope; his whole country is right behind him. Joseph should just go for it, no human being should be afraid of another human being. We are all humans at the end of the day. I know if Parker is going to give his 100 percent, the fight would not doubt finish by the second round. 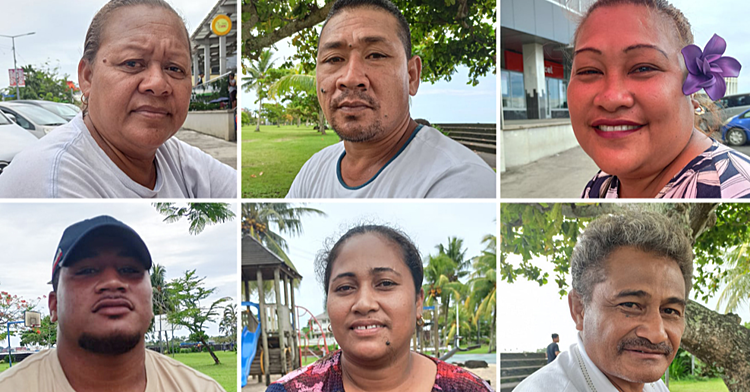 How prepared are you and your family for COVID-19?

STREET TALK: How prepared are you and your family for COVID-19? In today's Street Talk, Reporter Marc Membrere asked the public and this is what they said: