In the country as the special guest for the S.I.I. Sevens tournament, Gollings told the Samoa Observer that his passion is to grow rugby at grassroots level.

And at R.A.S., he helped advance their cause.

The former English Rugby 7s player shared his knowledge with the under 10, 12, and 16 R.A.S. players during their training.

“For me, who has obviously been playing a lot of 7s, it’s great to be involved and to support the game anyway I can,” he said.

“It helps the growth of the game, also good to give them more exposure and opportunities to play.

“It’s great to see what’s happening in the next few years in terms of development. I think we all know what Samoa is capable off, if you look at their achievements through Sevens World Series in 2010.

“I think that the key to any sevens team is the consistencies of performance. At one moment you can play good and the other, the opposite.”

Away from the development of rugby, Gollings said he has loved his time in Samoa.

“It’s nice to be invited to Samoa,” he said. “It’s my first time being here. I was impressed with the women’s team which took part in displaying their athleticism and skills.

“The tournament showcased so much talent and skills with the players.

“They had the opportunity to invite overseas teams to further test their abilities and that is really a great initiative.”

He added that Samoa is a very special place because the people are very friendly and the culture is also unique.

Ready to fight, Herring knocked out by virus again

Ready to fight, Herring knocked out by virus again 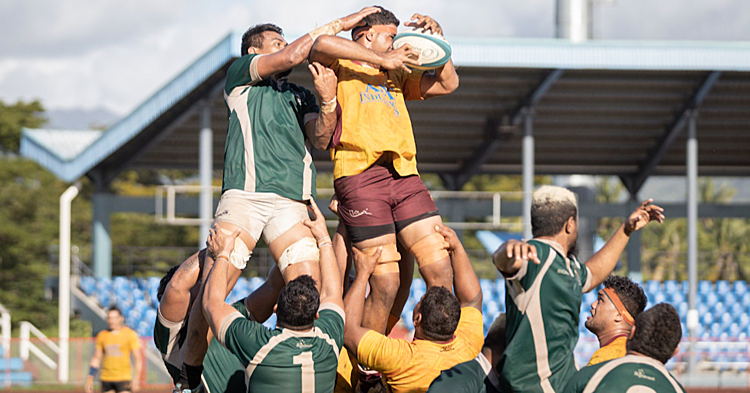 Results from the weekend rugby action