Prime Minister Tuilaepa Sailele Malielegaoi has stopped the Police’s monthly press conference in a bid to control media reports about cases of rape, incest and other vile crimes, in Samoa. In doing so, he has also criticised the media for reporting such cases. He said they are lazy and they only want to be spoon-fed by the Police. What do you think? Do you think the media should stop reporting about rape, incest and other crimes, in Samoa? Talimalie Uta asked in today’s Street Talk and this is what people said.

Personally, I think our P.M. only cares about money and the wealth of Samoa when he knows that issues like these should be his number one priority. How can he keep things like this hidden when people should know about it? I don’t get it. If he wants to portray a better image of Samoa, then he should work harder on fixing these problems.

I don’t see anything wrong with the media doing their job. If it is their job to report on stuff like this then what is so bad about it? The P.M. should not abuse his authority. It’s the media’s job and I know reporting on matters like this will inform the Samoan people about how bad things have become.

I disagree with the P.M. Rape and Incest should be reported so that we know the extent of the problem.  I think the government should concentrate more on finding solutions to solve these problems rather than interfering with the work of the media. That’s just my opinion.

I think he is too focused on how Samoa is portrayed around the world instead of caring about what is happening to our people. I believe that it’s a must for the media to address issues like this for the sake of our people. The media has a job to report the truth and they can’t ignore these things.

I think everyone has a responsibility to address these issues. The media has a role to highlight the problems and the leaders have a responsibility to find solutions. Incest and rape have become so prevalent that I think if the media were to stop reporting on it, it would only get worse.

I think it was so rude for the P.M. to say something like that. It’s the media’s job to report on daily issues, therefore it’s their job not his. The way I see it, Tuilaepa is much more concerned about the image of our country instead of what is happening within. But we are not going to solve it by keeping a lid on it. 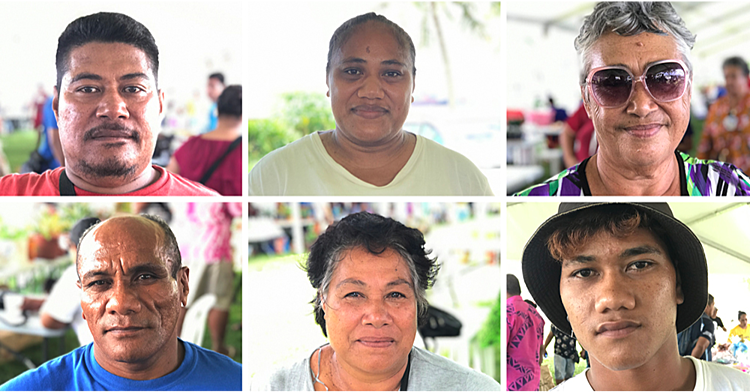 What are you doing to prepare for Mother's Day?

In today's street talk, reporter Marietherese Nauer asked members of the public about their preparations for Mother's Day and this is what they said;