Toa Samoa coach, Matt Parish, was not giving away much about his squad for the historic test against Fiji Bati at Apia Park yesterday.

With news that the team is likely to be without stars Joey Leilua and Junior Paulo – among others – who have already been snapped up by Australia and New Zealand, Parish said all will be revealed on Monday when the team is named.

“The team will be officially announced on Monday as part of the protocol of the International Rugby League.  It will be announced when the Australian and New Zealand team arrive,” he said.

Told that the Fiji Bati has already announced their official team filled with National Rugby League (N.R.L), experienced Parish said he had seen the list too.

“There are many N.R.L stars. I think I counted eight players that played against us in the World Cup in 2013, the team that beat us.

So we’re looking to avenge that defeat.  While they’ve got a very strong squad, no doubt our team we will assemble here in Apia will be one of the strongest teams that Rugby League has been able to put on the field. It’s a very exciting time.”

“The team we’ve seen on paper for Fiji are worthy opponents and I think it will be a battle royale,” he said.

“We have a bit of momentum, our team, in the last couple Pacific Tests, and two years ago in the 4 Nations and we want to continue that on.”

“Not only is it the first Pacific test in the Pacific ever, we’re leading up to next year’s World Cup, which is possibly going to be the strongest and most equal World Cup ever.

“I’ve got an idea that Samoa is going to be very competitive in that 2017 World Cup.”

Parish used the opportunity to call for support.

“I think it’s very important that the people of Samoa come and support this game.  A lot of people have been working very hard to get these international players to Samoa for the first time.

“It’s the first test match in the Pacific. The Samoan team needs your support so we urge everyone to get behind us and watch a great day of rugby league.”

The game will be broadcasted live in Australia on Fox Sports and across the Pacific Islands. Some of the squad members are scheduled to arrive tonight. 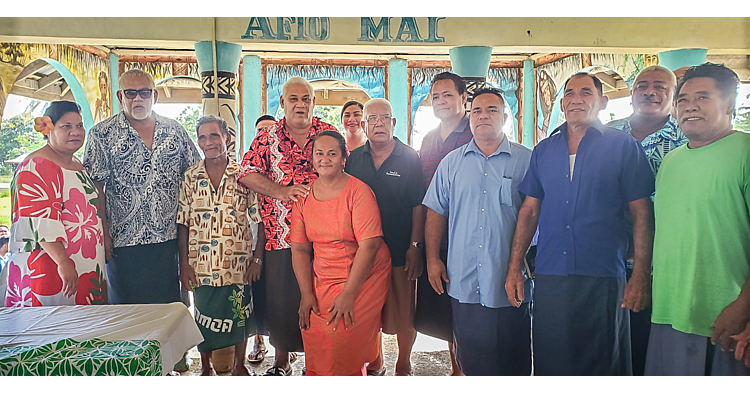