An innovative climate-forecasting project is helping Samoa to meet its ambitious target of producing 100% of its energy from renewable sources by 2017.

Hydropower is by far the biggest source of renewable energy in Samoa, and the Afulilo Dam on Upolu Island generates around one-fifth of the country’s energy.

The Afulilo Hydropower Scheme was originally only designed to store water during wet season and operate at full capacity during the dry season.

Now, with support from the Australian-funded Climate and Oceans Support Programme in the Pacific (COSPPac), Samoa’s National Meteorology Division has been able to work closely with the Electricity Power Corporation (EPC) to produce a water storage outlook model that can ensure a reliable supply of energy all year round.

He says the new water-storage outlook model means they can now adjust their operational processes to enhance management of the available water resources at the reservoir.

The capacity of the Afulilo Dam is about 10 million cubic metres, providing enough storage to supply energy for up to six months. But it is the only one of the country’s five hydropower facilities that is powered by water from a reservoir rather than rivers.

“Nationally we have very limited storage capacity so we rely heavily on Afulilo in terms of storing energy during the rainy season for the dry season. So that’s why our partnership with the Met Service is very important, because they can inform us of what is coming and we can plan ahead.  It puts us in a much better position to make informed decisions about managing load demand and scheduling critical maintenance of our facilities,” he says.

“When they advised us in 2015 that the El Niño could mean our worst-ever dry season, we were then able to reserve water and fix all our diesel generators so we would not suffer from a lack of electricity during a drought situation,” he says.

Prime Minister Tuilaepa Sa’ilele Malielegaoi also believes that efforts to use climate forecasting services to improve the efficiency of its hydropower generation is a key part of the country’s renewable energy strategy.

“Climate forecasting services will play a key role because developing a better understanding of areas which are more prone to drought will allow us to allocate our climate change adaptation resources more effectively,” he says.

The Prime Minister believes that Samoa is now well on its way to achieving its target of producing 30% of renewable energy from hydropower, 30% from solar power, 20% from wind power and 20% from biomass and waste.

“With hydropower we have quite a few small rivers which we identified way back in 1972, and we have been reasonably successful in generating hydro power during the rainy season. But it is also important to vary our own sources of supply to bring in solar and wind to replace the reduced output from our water resources.”

As recently as 2012 Samoa was generating 60% of its energy from diesel generators, with total fuel imports amounting to 95 million litres.  Samoa’s Prime Minister believes that lowering the nations’ reliance on fossil fuels will help free up government funds and boost sustainable development.

In addition to improving the efficiency of the Afulilo Hydropower Scheme, Tologata says that new climate forecasting services will help Samoa to identify five new sites for hydropower facilities which will further help to support the government’s drive to reduce Samoa’s reliance on imported fossil fuels for power generation.

Salesa Nihmei, the Climate and Meteorology Officer at the Secretariat of the Pacific Regional Environment Programme, says they now want to use the example provided by the relationship between Samoa’s National Meteorological Division and the EPC to demonstrate the value and potential of investing in climate forecasting services.

“We really want other interested sectors to understand there has to be an investment on both sides.  If seasonal forecasting is going to deliver real value you need data from the Met Service, but you also need good data from their partner organizations.  The different organizations that want to benefit from climate forecasting services really need to make an investment from their side to be able to develop relevant models that will help to improve decision-making,” he says.

Mr Nihmei says the real benefits of climate forecasting will only start to flow when different sectors see the financial benefits and decide to commit real investment into co-developing products and services.

“Once these organizations can see the financial benefits then their managers will really be able to buy into it. The national Met Services will then be able to provide improved services because the different SIDS governments will be able to clearly see the economic benefits,” he says. 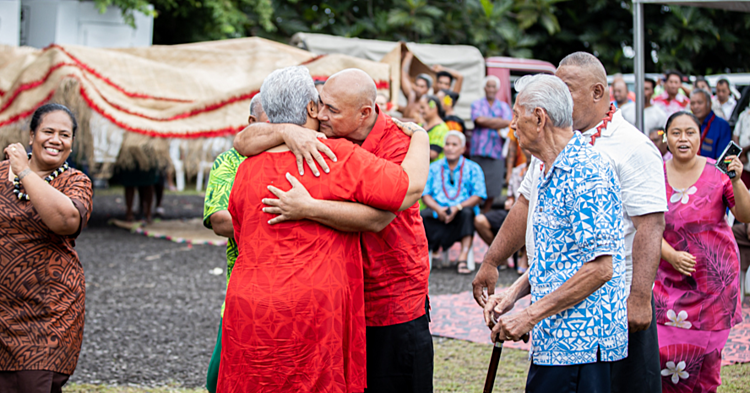