Samoa Stationery and Books open another branch in Savai’i

Samoa Stationery and Books has opened another branch in Savai’i.

The C.E.O and President of S.S.A.B. Group, Fiti Leung Wai travelled to Savai’i to officially open the new branch on Friday.

The branch has a copy centre, internet café as well as stationery and light snacks such as drinks and cup noodles.

“Whilst S.S.A.B. Salelologa Market is relatively small, I really value it because it is S.S.A.B’s 7th branch as 7 is God’s number,” she said.

“This new branch will cater for those in Savai’i who find it hard to go to S.S.A.B’s main branch next to the ANZ Bank, especially students who want to print their assignments and matais who want to type their submissions for their cases before the Land & Titles Court.”

“With the imminent closure of Yazaki, it is important that Samoa looks to its own business people to create employment.”

The new branch will be managed by Melissa Stanley who has just moved from New Zealand to reside in Samoa.

“I am sure our clients will enjoy the air condition when they come in our new branch.

The backpackers will also appreciate using the only internet café at Salelologa Market,” Ms. Stanley said.

The opening of S.S.A.B. Salelologa Market now brings the total number of S.S.A.B . branches to seven. S.S.A.B. now has two branches in Savai’i, three branches in Upolu, one in American Samoa and one in Auckland, New Zealand. 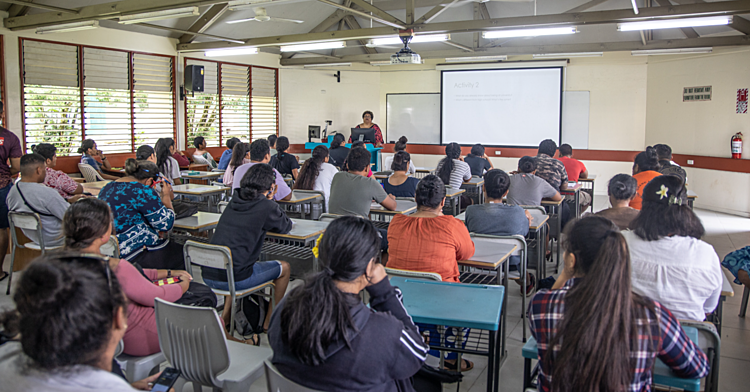