Enid Weterlund: From planes to palettes

Chief Designer of ENARA, Enid Westerlund, is a woman of many talents.

Her achievements in the fashion industry as the Founder of the Samoa Sinnet Fashion Show have made her one of the biggest new names in the industry. But she wasn’t always the fashionista she is today.

Ms. Westerlund also holds the title as one of the youngest female pilots to come out of Samoa.

“I never went to Fashion school,” she said. “I was an Air Transport specialist.

“I grew up on a farm in Samoa. I went to Massey University, so I was one of twenty five students out of 1,000 to be in the programme."

“There were two other Samoan girls with me. I have a hundred hours of flying experience. I thought that was my career flying from A to B and B to A.”

She took a year off and her Dad said to her “Enid I think you’re too smart and too bossy to be a pilot.  You’re going to be bored flying from A to B.  You’re just a driver. You should consider management.”

“I went to Aviation Management and I graduated with that. I came home and worked for the Airport Authority.”

In 2011, after a stint as a Licensing Authority, Ms. Westerlund got the chance to study at the top Aviation school in Singapore for her post grad.

A year later, she got another scholarship to go to London. Ms. Westerlund holds the title as the first Islander to do the Masters of Science in Air Transport Planning and Management.

But she had other plans. After 2012, Ms. Westurlund became more and more vested in the fashion industry. Four years later, she would launch the Samoa Sinnet Fashion Show.

“When I started this show, there wasn’t a show before of this caliber,” she said.

“I was looking around and we have a lot of emerging designers."

“We have a lot of young entrepreneurial young people who want to break into business and they don’t have stores. So this Show was mainly for the emerging designers.”

And she has come a long way.

With her ENARA brand growing in leaps and bounds, she said she still has plenty to learn.

“For me as a designer, it was a learning experience for me. I think all Samoans are all creative."

“Look at the way we dress: colour.  You can be a fashion designer whether you were trained to be or not.  Being a designer it’s about taking risks an not being scared. It’s about faith."

“I love working with young people and those who want help in the industry.”

Looking to the future, Ms. Westerlund said people like her need more support.

“We need to have the support of government,” she said.

“We need to have formalized training for tailors, for sewing and fashion designing.  A lot our people learn off each other."

“We only have a short term sewing course at N.U.S. but we don’t have sewing courses in other places. That’s where we need to go if we really want Samoa to be on the map for manufacturing and fashion designing because the market is there."

“Look at all the other islands and how our eleis are being replicated and cut up and they make it as their own."

“Even Hollywood is looking at the Pacific as the source of inspiration. Look at how Moana is taking off.  There is a lot of market for our young people.” 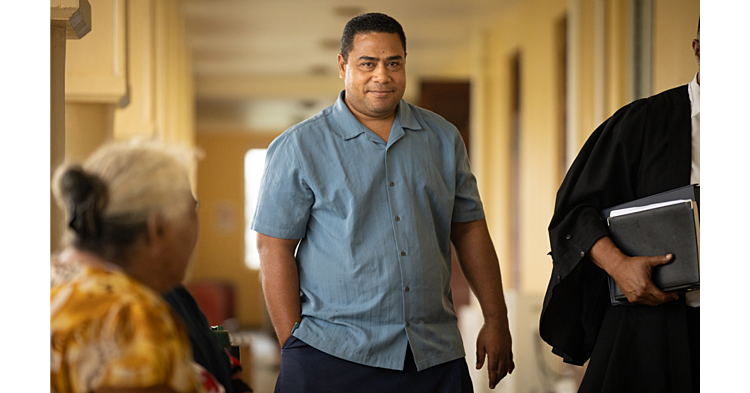