FBI says it has "grave concerns" over release of Russia memo

WASHINGTON (AP) — The FBI said Wednesday it has "grave concerns" about the accuracy of a classified memo on the Russia investigation that President Donald Trump wants to release to the public. It was the first time the bureau has weighed in publicly on an issue that has openly divided the Justice Department and the White House.

In its unusual public statement, the FBI said it was given only a limited opportunity to review the four-page memo, which was drafted by Republicans on the House intelligence committee.

Republicans have said the memo reveals improper use of surveillance by the FBI and the Justice Department in the Russia investigation. But the FBI said Wednesday that important facts were omitted.

"As expressed during our initial review, we have grave concerns about material omissions of fact that fundamentally impact the memo's accuracy," the FBI said.

The statement escalates the intra-government conflict over the memo, which had already touched off a partisan brawl with Democrats and has pitted GOP lawmakers ordinarily supportive of surveillance against the FBI and the Justice Department. The FBI director and the deputy attorney general have told the White House releasing it could set a dangerous precedent.

But Trump was overheard Tuesday night telling a Republican lawmaker he was "100 percent" in favor of releasing the memo, and his chief of staff said Wednesday the document is likely to be released "pretty quick."

The encounter on the House floor with South Carolina Rep. Jeff Duncan was captured by television cameras after the State of the Union address. When Duncan implored him to "release the memo," Trump said: "Oh yeah, don't worry. 100 percent."

White House spokeswoman Sarah Huckabee Sanders told CNN Wednesday that a legal and national security review of the document was continuing. Trump had not read the memo as "as of last night prior to and immediately after the State of the Union," she said.

White House Chief of Staff John Kelly said Wednesday on Fox News Radio that he expected the memo to be released "pretty quick."

According to Republicans, the memo alleges surveillance misconduct in the early stages of the FBI's investigation into potential Trump campaign ties to Russia. But Democrats have called the memo a "cherry-picked" list of GOP talking points that attempts to distract from the committee's own investigation into Russian meddling in the election that sent Trump to the White House.

Trump has been telling confidants in recent days that he believes the memo will validate his concerns that the FBI and Justice Department had conspired against him, according to one outside adviser familiar with those conversations but not authorized to speak publicly about private discussions.

The president has told allies that he believes the memo bolsters his belief that accusations of collusion between his campaign and Russian officials are false and part of a conspiracy to discredit his election.

The memo arrived at the White House on Monday evening after Republicans on the House committee voted to release it. The White House counsel's office has been in possession of it, officials say.

The National Security Council is leading a review, which will also involve the White House legal team.

It had not yet been settled whether the White House or the committee would handle the actual release, which could come as soon as late Wednesday or Thursday.

Rep. Adam Schiff, the top-ranking Democrat on the House Intelligence Committee, said Wednesday that nothing in the memo vindicates Trump. Speaking at an event sponsored by the news site Axios, Schiff said Nunes was pushing a "misleading narrative."

House Speaker Paul Ryan supports the memo's release, saying Tuesday that it shows "there may have been malfeasance at the FBI by certain individuals." He did not provide additional details, only saying that "there are legitimate questions about whether an American's civil liberties were violated by the FISA process," a reference to the Foreign Intelligence Surveillance Act.

But Ryan said the memo shouldn't be used to undermine special counsel Robert Mueller, who is investigating Russian meddling in the 2016 election and whether Trump's campaign was involved.

The vote to release the memo was unprecedented in the committee's history. The panel usually goes out of its way to protect classified information in the interest of protecting intelligence sources and methods.

In the hours before the Monday vote, Deputy Attorney General Rod Rosenstein and FBI Director Christopher Wray warned Kelly that releasing the memo could set a dangerous precedent, according to a person familiar with the conversation. Rosenstein also told Kelly the memo didn't accurately characterize the FBI's investigative practices, the person said.

The Washington Post first reported the details of the White House meeting. The FBI and the Justice Department declined comment.

The Justice Department had said in a letter last week that it would be "extraordinarily reckless" to release the memo without first giving the FBI and the department the chance to review it.

After those complaints, Wray reviewed the memo over the weekend. Rep. Trey Gowdy, R-S.C., who was with Wray when he reviewed the memo, said the FBI director did not raise any national security concerns with him. Gowdy said the memo doesn't reveal any intelligence methods but does reveal "one source."

So far, a senior White House official said, the Justice Department is the only agency opposing the release.

Democrats have said the memo's release could compromise intelligence sources and methods. And some Republican senators have also said they don't want to release it. 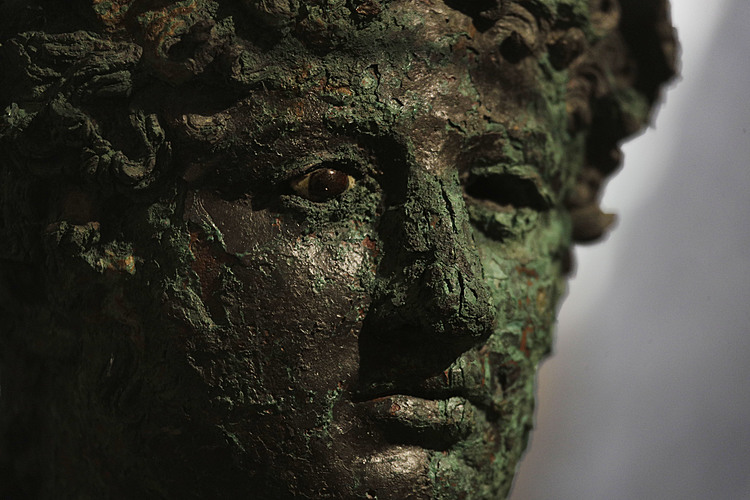