Samoan girl Leilua Lino has been announced as one of three finalists for the International Children's Peace Prize 2018.

Archbishop Desmond Tutu of South Africa announced the finalists of the International Children’s Peace Prize 2018 yesterday on behalf of the Amsterdam-based KidsRights Foundation.

A total of 121 child-nominees were received from around the world for this year’s award, with an expert committee working through the list to select three finalists: Moni Begum (Bangladesh), The March for Our Lives, a children-led anti-gun violence group in the U.S., and Leilua Lino from Samoa.

Leilua was nominated for the international award by the Samoa Victim Support Group (S.V.S.G.).

When contacted by Samoa Observer yesterday to comment on Leilua being one of three finalists, S.V.S.G. president Siliniu Lina Chang, said her shortlisting meant so much for the organisation.

“It means so much that she was picked out of so many countries. We hope she will continue on as an ambassador, not only for S.V.S.G. (but) victims that have no voices but also Samoa as a country,” she said.

According to KidsRights Foundation, Leilua was raped by her father at the age of nine. After three years she confided in a friend, who convinced Leilua to seek help. The S.V.S.G. eventually went to her rescue and brought her to their shelter.

“Leilua’s brave decision to stand up against her father in court is an example of hope for many children in the same situation and who are afraid to speak out. As a result of Leilua’s court case her father was sentenced to 29 years in prison,” stated the KidsRights Foundation finalists profile.

In 2016 the Committee on the Rights of the Child (C.R.C.) expressed concerns at the high levels of abuse, domestic violence, incest and significant underreporting due to fear of stigma in Samoa.

With her actions Leilua wants to convey the message that “if I can do it, you can too”, according to KidsRights Foundation.

“Leilua created her own Peace Garden as a way of coping with the anger and anxiety she felt. She planted various plants and trees and created her own space of stillness and serenity, that helped her find peace."

“What started out as Leilua’s personal healing process is now used by S.V.S.G. to help other children recover from trauma too. So far, more than 200 children have already found solace in the garden. And Leilua is a big part of it. She goes to the garden every day, to maintain it and to speak to the children about her journey and the importance of finding inner peace."

“Leilua’s courage has enabled her to speak out about her past not only at the shelter, but also in schools and communities across Samoa. More than 3000 children have been inspired by her story and more than 100 children came forward to report abuse,” stated KidsRights Foundation.

The other finalists Moni from Bangladesh was nominated for rescuing over 200 girls from child marriages. Archbishop Tutu, the patron of the Children’s Peace Prize, will award the prize to this year’s winner on November 20 in Cape Town, South Africa. 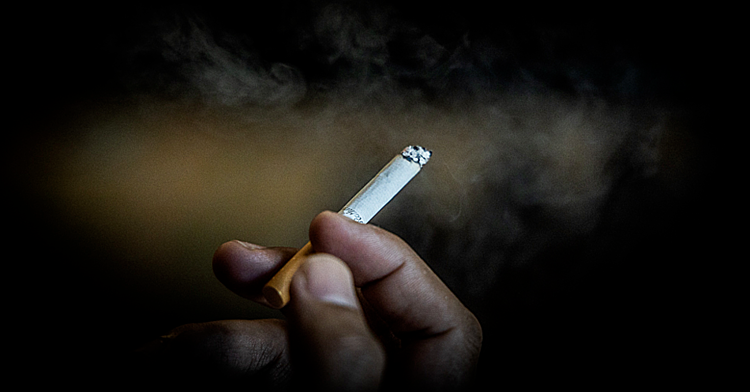 A doctor has warned of the impact of smoking and highlighted the increased vulnerability that smokers have if infected with the coronavirus (COVID-19).

Duty reductions only for essentials: Govt.

The Ministry for Customs and Revenues is only suspending duty taxes for essential goods that are being imported into the Country, such as rice, flour, chicken etc.

The President of the Chamber of Commerce, Jennifer Ula-Fruean, has acknowledged the Government’s economic relief package for the COVID-19 downturn as a start but says it is continuing to assess the details.