An Inquest to determine whether suicide was the cause of death for prisoner Siliva Aualiitia is underway.

This time the family is represented by lawyer, Afamasaga Michael So’onalole. They are questioning why a post-mortem examination was not conducted when Aualiitia was found with bruises and scratches on his face and body.

During cross examination, Afamasaga asked Investigative Officer, Sergeant Failauga Failuga to describe what he had seen when he saw Aualiitia’s body.

“I saw that Aualiitia had scratches on top of his left eye as well as stains of blood on his body,” said Sergeant Failauga.

“As an investigative officer, these scratches and blood stains were caused from when he was hanging from the breadfruit tree.

“There was a branch from a breadfruit tree that was right on top of the head of the deceased and that caused those scratches and blood stains.”

Afamasaga then put it to the witness that there should have been more done on the matter.

The lawyer also asked the witness how he came to a decision that the cause of death was from suicide.

In response, Sergeant Failauga said: “It was because the deceased was found hanging from a breadfruit tree.”

Afamasaga put it to the defendant that he should have treated the matter as a homicide, given the deceased had some scratches on his face as well as blood stains.

Sergeant Failauga said the matter was treated as a homicide.

“After gathering all the information that was needed, we found that the deceased wanted to have a rest (ua fiamalolo) from the sickness that he had,” Failauga told the Court.

“Especially because he was waiting for his operation, but it never pushed through so that is why he decided to take his life so that he can rest from all that he is going through.”

Judge Alalatoa asked Sergeant Failauga whether he had checked the prison's log book or occurrence that will state what activities Aualiitia had done on the day he went missing, but Sergeant Failauga said he did not check.

“Why didn’t you check the log book because that should have been one of the first things that you should have looked at as an investigative officer?” said Judge Alalatoa.

Sergeant Failauga did not provide an answer to the Court.

Another issue Afamasaga questioned Sergeant Failauga about was a post-mortem examination.

“Why wasn’t there a post-mortem examination?” asked Afamasaga

In response, Sergeant Failauga told the Court the doctor that was on duty that day said there was no post-mortem examination needed.

Afamasaga then put it to the Sergeant that his job was to work together with the doctor on duty.

“Didn’t you get suspicious?” asks Afamasaga.

“You were supposed to advise the doctor that a post-mortem examination is needed, given that the deceased had some scratches on his face.

“It was part of your job to advise the doctor on what needs to be done and especially in homicide cases.”

The matter has been adjourned to December because the doctor on duty on the day Aualiitia’s body was brought in, is away .overseas. 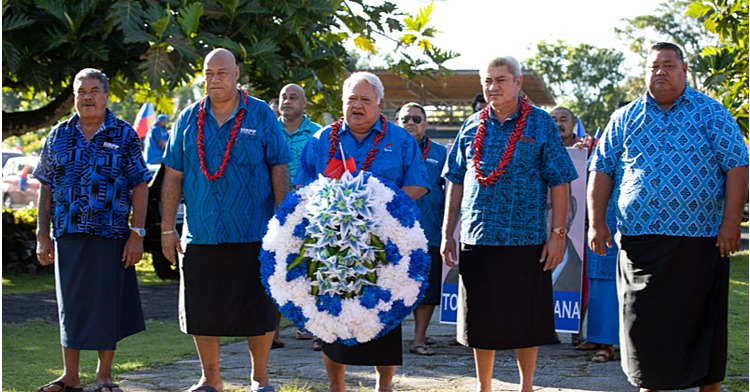