Looking at the developments undertaken by the H.R.P.P. government in Samoa in the last five years, Ilia L Likou asked if people were satisfied with what had been done and how their taxes had been spent. These are the responses from those who were asked for their opinions.

I’m a little bit worried. Yes we have lots of new roads, massive buildings countless ministry’s launching their strategic plans and meetings every day but still, there is poverty. What’s the use of those roads and lots of developments and behind the curtain we’re still suffering? The increasing cost of living is way up above the sky. That tells us that our country is focusing more on developments for their own sake instead of us, and here we are working every day, paying their debts to foreign countries for these developments. This is not fair.

I am not satisfied. We don’t need lots of development because that stuff represents themselves for their own good image, Our government should create more and more job opportunities for our people. Looking at thousands and thousands of students who graduated from universities every year without any jobs, is really sad. Everyone needs jobs to survive, not lots of developments because at the end of the day, we’re the ones that pay for it all.

The government is doing a very great job for our country and our people and I am all right with all that they have done. The only thing that they should look into now is to find ways to bring in more tourists for hundreds of empty hotels out there because tourism is one of our main sources of income that will help our country’s economy.

I have nothing much to say because I am one hundred percent sure that the government didn’t care or pay any attention at all…kakou o ia fa’apea, it’s as simple as that.

I’m still satisfied. There are lots of new changes in the economy that the government has come up with compared with the previous 20 years. All the best to the Prime Minister and members of the parliament in the general election in March. 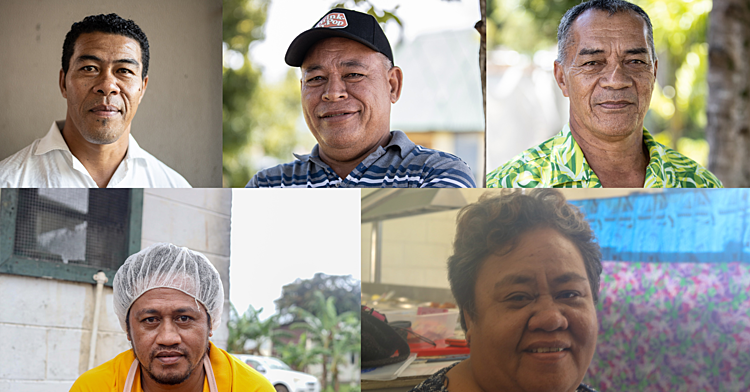 Public urge parents to be wary of child's mobile phone use

An American clinical Psychologist, Dr. Kathrynn Mabalot, has warned that heavy social media use can have an impact on the mental health of young people. Reporter Vaelei Von Dincklage and Photographer Vaitogi Asuisui Matafeo meet members of the public to get their views.