Samoa needs to go back to the basics

Every child who is born and raised in Samoa knows the value of family and understands the importance of culture.

Taulafo Simeona, a mother who has seen the changes among the youths, is desperate for change and wishes Samoa returns to the two pillars that hold our society together - culture and religion.

Taulafo said it was sad to see youths nowadays disrespecting their elders.

“The children nowadays do not even respect their parents or the people who are older than them; they think they have a right. This is why we have problems in families.”

She said children are rebellious because of the lack of teachings and counselling from parents.

“I know for sure that we reap what we sow, so if our children are not behaving and doing what is not right then that means we as parents are not doing our job. It shows how much we are neglecting our children,” she said.

She added children nowadays solved their problems by drinking beer on Sundays instead of attending church.

The mother of three said the massive influx of technology also had a huge impact on teenagers and added to unnecessary financial expenses.

“Technology is good because it makes life easier and simple but there is a disadvantage to it.”

“Generation nowadays have used it to attack one another, they are too focused on their mobile phones and watching too much television and they start re-enacting what they watch on the internet,” she said.

“If you see the young ones they always watch the television and when every time something new comes they just have to get it too.”

“The way the characters dress or speak, they copy it. It is all part of entertainment but our children are easily influenced,” she said.

The 54-year-old is advising the public to be aware of our children’s whereabouts and for parents to communicate with the children about our culture the Lord. 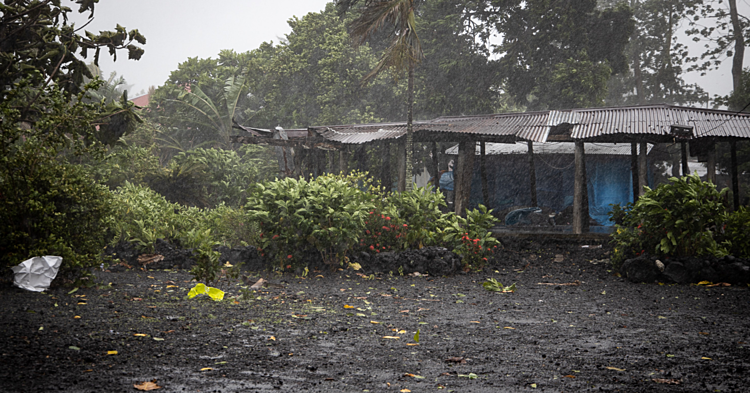 The low pressure system posing cyclone threats to Samoa has upgraded as it continues to make it proceeds near our forecast area, the Samoa Meteorology Division warns.